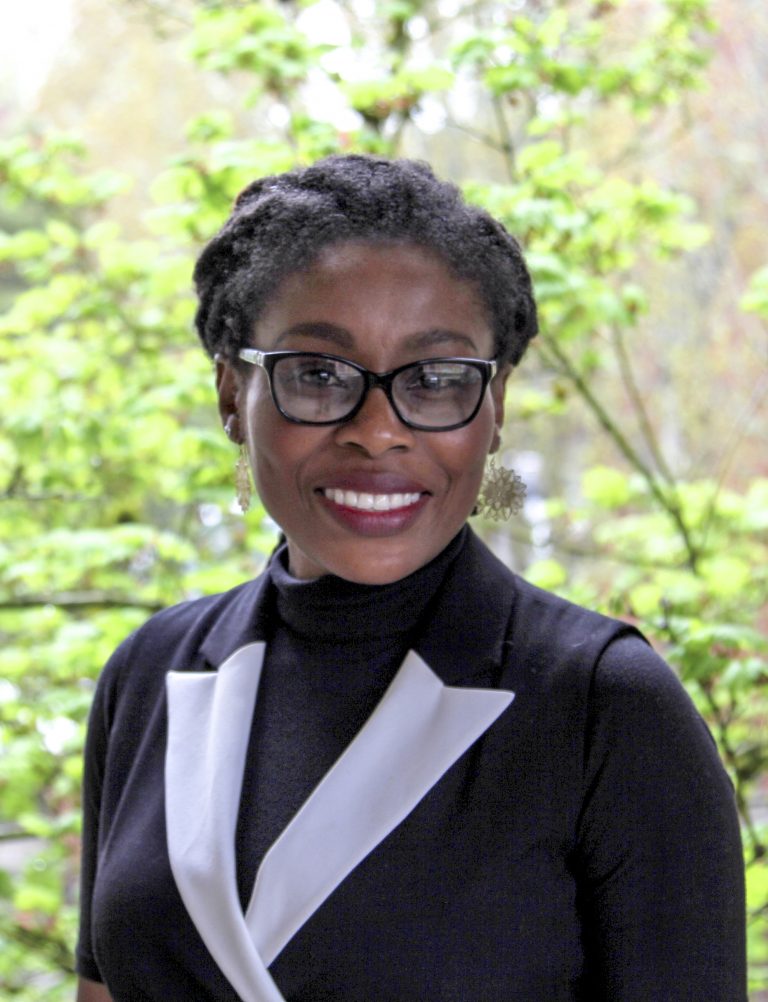 Vivian Djokotoe, this year’s recipient of the Mario and Alma Pastega Excellence in Teaching Award, says she has been lucky through every stage of her life. Although she’s certainly been the benefactor of Fortune’s smile many times, however, it’s clear that good ol’ hard work deserves the lion’s share of credit for her success.

Djokotoe is a native of Ghana, a nation on the western coast of Africa. She was sent off to boarding school at the age of 11, which was the norm for educated families in the former British colony.

“It’s something we looked forward to because it was the first time you are actually away from home,” she recalled. “You enjoy the independence. Your parents give you responsibilities for the first time.”

Her next step was attending the University of Ghana, which was no easy feat. The entrance requirements were extremely strenuous and the acceptance rate very low.

“We were lucky. I was born by educated parents,” she explained. “My mom was the first woman from all of northern Ghana to go to the University of Ghana. I grew up with that example in my house. There was no way I couldn’t have gone to university.”

It was the stark truth that all Ghanaians weren’t afforded basics such as an education that served as an eye opener and motivator during Djokotoe’s undergrad years. She spent a required internship working with street children and found her calling.

“That exposed me to a world I never knew about,” she said. “So part of it was the shock of it all. I thought everyone was sa privileged as I was. I thought everyone could at least go to school. So I was really shocked when I saw the street kids, and I knew right away that’s what I wanted to do.”

She was supposed to get her degree in social work in 1993, but the university faculty went on strike. She decided to follow her sister, who’d been recruited as a track athlete, to Western Oregon University.

Djokotoe earned her degree in Social Science with a Political Science minor in 1997. She moved to Oregon State University for her masters and doctorate, still with the intention of going back to Ghana.

“When it came to my academics, it was like tunnel vision,” she said. “I had to get a Ph.D. before I could stop going to school. But never in a million years did I think I was going to remain in this country.”

On a whim, she applied for a Criminal Justice position at WOU in 2004. She knew from her time as a graduate teaching assistant that she enjoyed leading a classroom. Despite her commitment to working directly with kids in poverty, she was beginning to see that her talents could be used in a different—but equally valuable—capacity.

“People always ask me ‘What is the secret between you and your students? You teach the classes that should be hated, and you make it interesting,’” she said. “Why I have found fulfillment in this is because I see my students as people. It’s my job to humanize the experience, to personalize it so we see beyond difference and beyond any hurdles so we see we are in this together.”

She’s honored that her colleagues on campus put her name forward for the award but downplays the idea that she’s doing anything out of the ordinary. She just feels she’s finally doing what she’s meant to do.

“When I get an award saying I’m a good teacher, that is an award that means everything to me because to me, I’m actually living my life’s purpose. I feel like this is it. I don’t know that I’ll ever do anything apart from teaching, from imparting knowledge.”

The Mario and Alma Pastega Award for Excellence in Teaching honors a full-time faculty member who demonstrates excellence in teaching and relationships with students, both in and out of the classroom. Once nominees are received, a screening committee submits a list of finalists to the president, who then chooses the recipient.