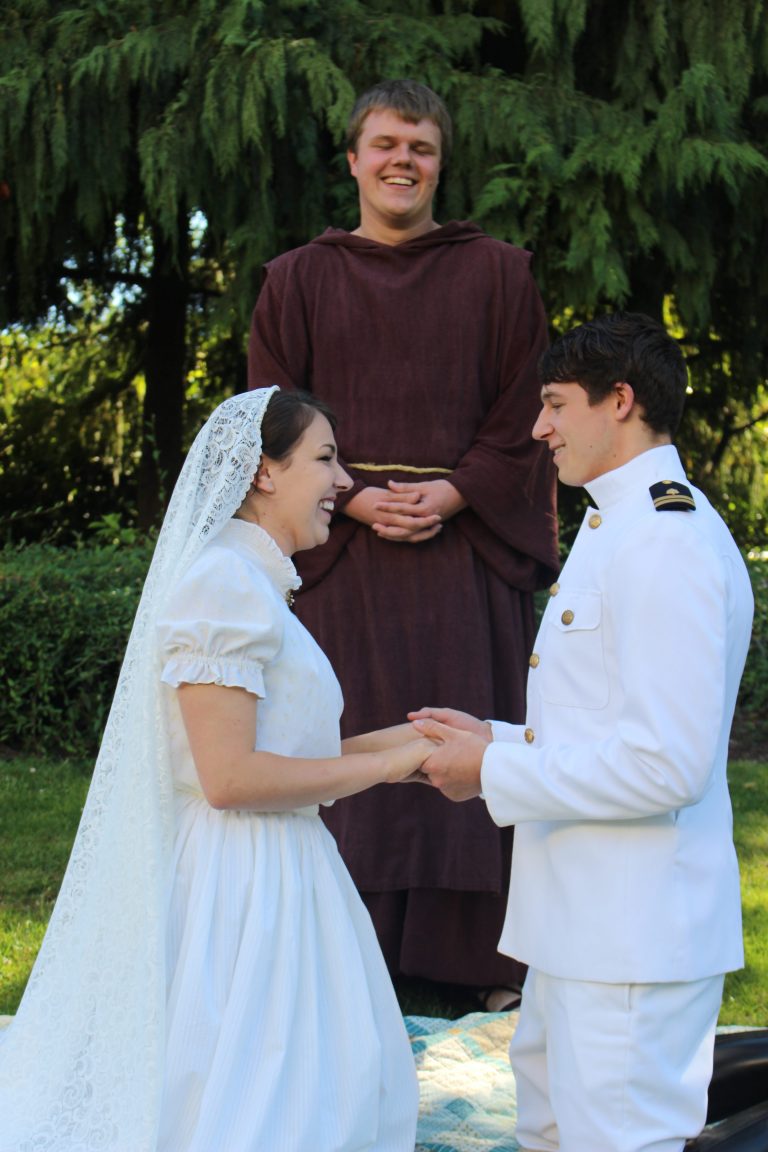 At its core, “Much Ado About Nothing” is a story about how one person disrupts the lives of all around him.

The troublemaker, Don John — better recognized as the villain in William Shakespeare’s oft-produced play — is the one who has to instigate the action.

“This play is so much about deception,” said director David Janoviak.

“Much Ado About Nothing” will begin at 8 p.m. each night July 27-30 and Aug. 3-5 at the Leinwand Outdoor Stage. Admission is free.

This is the third year that the company has put on a free performances of a Shakespeare work.

Last year’s weekend run of “Midsummer’s Night Dream” proved so popular that it encouraged them to expand this year’s run.

“Much Ado About Nothing” is a play that has the potential to be in any number of different settings and time periods, so long as it follows a war.

Western Oregon’s production is set in Italian wine country in the 1890s.

“Originally, we were going to do post World War I, but we didn’t like the look,” said Janoviak, who has been directing Shakespeare plays for 20 years, though this is the first time he’s directed “Much Ado About Nothing.”

Auditions for the production were open to both students at Western Oregon — the school offers three different majors related to theater — and members of the community.

“Our theater students stay through the summer to produce the show,” Janoviak said.

“Some people would say he’s more of a functional character, but I don’t agree with that,” Janoviak said. “He’s kind of a central character. It is a real coup to have someone like Ted in that part.”

‘Much Ado About Nothing’