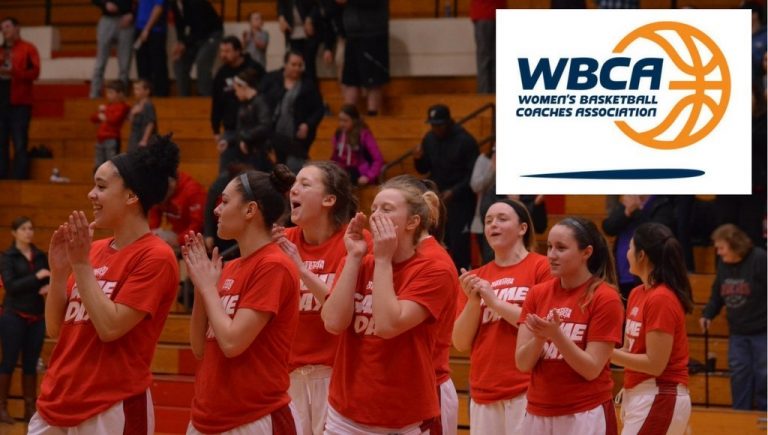 “This is an impressive group of young women,” said WOU women’s basketball head coach Holli Howard-Carpenter. “Our team members have challenging class loads, studying a variety of majors including chemistry, business, exercise science and even one in the Honors Program. Many of our players also have jobs, but they manage to juggle everything with grace while staying committed to academic success.”

The team tied for the fourth best GPA among all conference women’s programs in 2016-17. Sophomore Ali Nelke finished with a 4.0 and was one of two women’s basketball players within the conference who maintained that GPA. Seven Wolves were named to the GNAC All-Academic Team.

“I can’t wait to see their continued growth here at WOU as well as all the great things they will do in their future outside of WOU,” added Howard-Carpenter.

The WBCA Academic Top-25 recognizes NCAA Division I, II and III; NAIA; and junior/community college women’s basketball teams across the nation that carry the highest combined GPAs inclusive of all student-athletes on their rosters for the entire season.