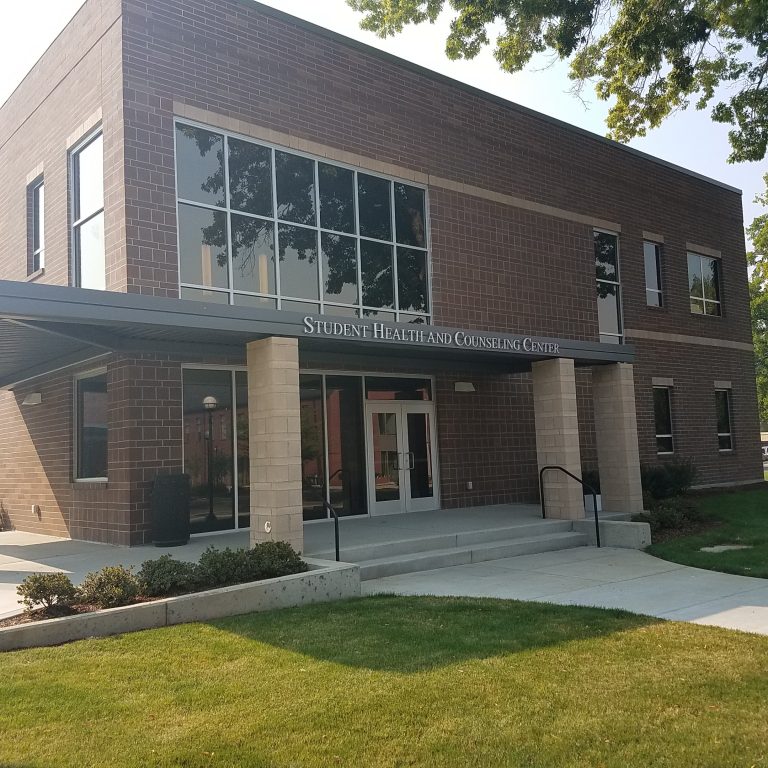 The new Western Oregon University Student Health and Counseling Center has been serving students since June, but it won’t have its official grand opening until Oct. 2. When it does, and attendees get a chance to tour the interior, those familiar with the old SHCC will be impressed by the improvements the new building offers.

Clinic Director Jaime Silva is excited for the event and thrilled with how the new building – several years in the making – turned out.

“We now have 10 counseling rooms and 10 medical exam rooms, which is a lot more than we had before,” Silva said. “When I took the director position in 2013, we were looking at just a remodel of the old building. So the fact that we were able to get a whole new building was a big surprise for me. I didn’t know if we could pull it off.”

Silva joined campus in 2008 as a mental health counselor. He moved to director five years later, and Vice President for Student Affairs Gary Dukes told him a remodel of the previous SHCC was in the works. That building had been constructed in 1963, before mental health counseling was really a treatment area. After counseling services were added in the early 1970s to the SHCC, they became a major part of the center’s treatment offerings, so more space was needed.

President Rex Fuller’s arrival on campus in 2015 altered those plans.

“We’d already met with the architect and were planning on the remodel,” Silva recalls. “But then President Fuller was touring campus and thought a new building was a better strategy.”

Dukes, who has worked with both Fuller and several previous presidents, chalked the change up to just a different leadership style.

“President Fuller didn’t see the value in remodeling a building that still would eventually be outgrown,” Dukes said. “He wanted to find a way to make a new building possible with the resources we had.”

The new building was paid for with reserve funds built up over many years as well as a student-supported increase of $11 per term in fees, Dukes said.

Having the backing of students made the project that much more meaningful, and, Silva said, it’s more important than ever that the new health center meet student needs and expectations.

The second floor of the new structure contains offices for professional counselors and interns, the Wellness Education department and a conference room that was sorely needed. Before, the medical and counseling personnel had to book rooms in the library or the WUC if they wanted to have a meeting.

“This is going to be used so much,” Silva said about the conference room. “We have groups here. We have our staff meetings. We have our weekly counselor meetings. Every other week the counselors and the medical staff meet together to talk about cases that have services for both sides, so we can provide a holistic service to students. Wellness Education is going to use it for trainings. We’ll have webinars in here. This is going to be so awesome.”

Downstairs is the reception area, a waiting room, exam rooms and more office space. There is much larger lab area with plenty of storage, another area Silva is excited about. Although the SHCC sends samples offsite for testing, the medical staff still does blood draws, collects urine samples and provides other lab services that require workspace.

Silva noted the whole building features a kind of white noise sound coming over the speakers. It’s a new sound masking system that ensures confidentiality for patients visiting the center. In the old building, there had been intrusive white noise speakers located on the floor at intervals down each of the hallways.

“It can be adjusted,” Silva explained about the new system. “It can be turned up in certain areas if needed. It also works for playing music or as a PA system, which is great for safety.”

Crystal Ross, who worked the front desk in the past but will be transitioning to the CCare Coordinator position in the fall, is enthusiastic about the updated building and the benefits it offers students.

“I love the new building,” she said. “I think it’s beautiful. I think it will help us grow and expand. We had outgrown the old building and now we have so much more space. It’s very bright in here with the windows and high ceilings, so that makes it a lot nicer to walk into.”

Expanding services is one of Silva’s priorities. The renewal of the CCare program is a start. Funded by a state grant, the program provides free contraception and reproductive preventive care for female students. WOU had run a similar program in the past, but the grant ended. Medical services provider Jennifer King applied for the new grant and procured the funding to bring the inclusive program back to campus.

During the 2016-17 academic year, the center logged 4,709 counseling contacts (both appointments and emergent situations) and 4,290 medical contacts. The number of contacts the center makes continues to rise each year, even as the student population has been decreasing. The average wait time for an appointment, Silva estimates, is a few days for most common ailments. Three nurse practitioners and one part-time physician keep several openings in their schedules for emergency, same-day appointments, but they fill up quickly.

“The main thing I want to improve on is reduce the medical time,” Silva said. “There will be some students would say they had to wait two weeks. Others will say ‘I don’t even go there because I’ve heard the wait is too long.’ The front desk people keep track of how many people they have to refer to urgent care, and it’s anywhere from two to six per day.”

His immediate wish list includes an additional medical professional, perhaps an RN who can take absorb some of the nurse practitioners’ loads.

“If we had another medical provider, we could easily increase the number of people we see by 1,000. And we could get people in sooner. In the outside world, that’s not how it works. Sometimes you call your doctor and you can’t get in for three weeks. Still, since students pay the student health fee, I would like to have them be able to be seen the same week at least.”

The SHCC has a self-service area where students with a cold or the flu can find over-the-counter medication to get them through, and Silva believes the awareness about that option is strong. He also touts the center’s Wellness Education program, which teaches students, particularly those in the residence halls, how to make healthy life decisions and when to seek help from professionals.

“We have a fantastic Wellness Education department,” Silva said. “They are very connected to the community. There are also 22 peer mentors who work with Craig (Wimmer) and Pam (Medzegian). Peer mentors are students who have a desire, a passion to help other students through their journey. Some students come and they’ve never had to really make decisions on their own, or they don’t know where their classrooms are – really basic stuff. The peer mentors do a really good job for them.”

Looking into the future, Silva wonders if a physical therapist or a dietician might make a good addition to the center. They would be independent providers who use space in the building and bill directly.

In the meantime, he is looking forward to the grand opening event in October. Groundbreaking for the building was in July 2016 and construction was completed the following June, just a few months behind schedule due to unforeseen complications during excavation.

The dedication Oct. 2 will begin at 3 p.m. and include speeches, a Native American blessing, the ribbon-cutting and refreshments. Tours of the 11,200 square foot structure, which was designed by Soderstrom Architects out of Portland and built by general contractor GBC out of Corvallis, will be part of the festivities.

Ross believes visitors will enjoy the light, airy feeling of the new center and appreciate the pledge the building makes to student support.

“All the students who have been in so far have loved it,” Ross said. “They say “You guys needed this so much. They were very supportive of us having a new building. And it is beautiful.”