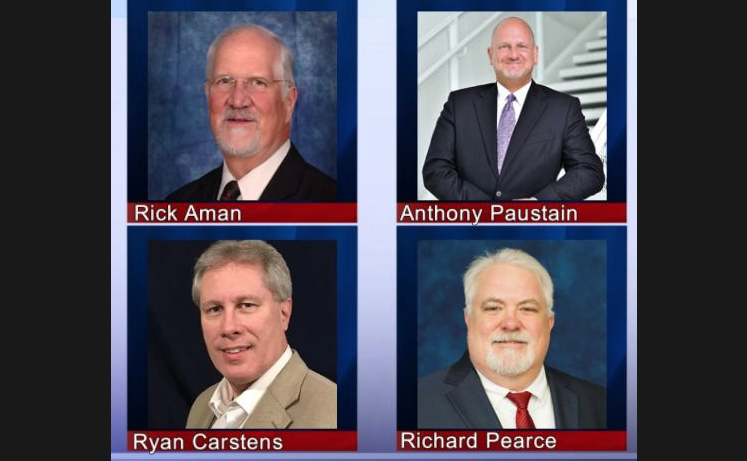 IDAHO FALLS, ID — The College of Eastern Idaho (CEI) Board of Trustees is pleased to announce that we have selected four finalists for the presidency of CEI. We recruited a highly competitive and strong pool of candidates from throughout the state, region and nation. Your contribution to CEI’s many accomplishments was instrumental in attracting highly competitive candidates.

The College of Eastern Idaho finalists are (in alphabetical order):

Rick Aman, Ph.D., is the Interim President of the College of Eastern Idaho, ID. Previously, he was the President of Eastern Idaho Technical College, ID. He earned a Doctor of Philosophy in Community College Leadership from Oregon State University, a Master of Business Administration from Golden Gate University, a Bachelor of Science in Education from Western Oregon State College, and an Associate of Science in Computer Applications from Mt. Hood Community College.

Ryan Carstens, Ed.D., is the Strategy and Special Projects Associate for the Washington State Board for Community & Technical Colleges. Previously, he was the President of Spokane Community College, WA. He earned a Doctor of Education in Educational Administration from the University of Texas, Austin; a Master of Science in Curriculum and Instruction from Oklahoma State University, and a Bachelor of Science in German from Oklahoma State University.

Anthony Paustain, Ph.D., is the Provost and Chief Administrative Officer at the Des Moines Area Community College – West Campus, IA. Previously, he was the President/Owner of the A.D. Paustian Design Group, Inc., IA. He earned a Doctor of Philosophy in Higher Educational Psychology and Administration from the University of Iowa, a Master of Business Administration from Loyola University – Chicago, a Bachelor of Business Administration in Marketing and Finance from Eastern New Mexico University, an Associate of Science in Management from Eastern New Mexico University, and an Associate of Applied Science in Aircraft Technology from the Community College of the Air Force.

Each presidential finalist will participate in an open forum. We invite and encourage everyone to attend all of the open forums. These forums are open to faculty, administrators, staff, students and the general public. There will be a brief introduction of each candidate followed by a question and answer session. Feedback forms will be given to all who attend and the completed forms will be collected at the end of each forum and given to the Board of Trustees for review.