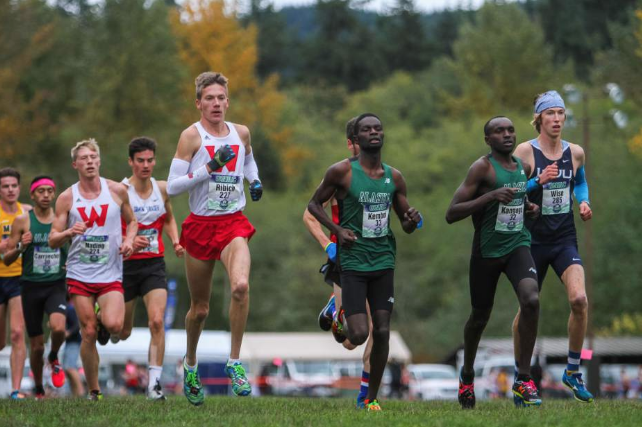 The senior added a 30th-place finish Saturday in the men’s 10K race at the national championships in Evansville, Indiana, which allowed him to finish his collegiate cross country career as an all-American.

Ribich said when he went into the championship race, he decided to go all out and try to keep pace with the favorite and eventual race winner, James Ngandu of Tiffin University, even though he knew the odds of catching Ngandu were not great.

“Going into my last race fighting for that 5 percent (chance of winning) was something I wanted to do and had to do for everyone who has supported me (through the years),” Ribich said.

Had he paced himself differently, he could have perhaps finished higher, maybe even in the top 10. But Ribich decided to try to go out with a bang.

“I’ve never been about holding back and settling for anything,” he said. “I bit the bullet and went for the hot pace.”

Though he fell off the pace and settled into 30th, the all-American achievement is still the latest mark in what has amounted to a stellar career, one that started at Enterprise High School as a 4-foot-11, 86-pound freshman.