Home » Features » Feature: Board Member a Staunch Advocate for University 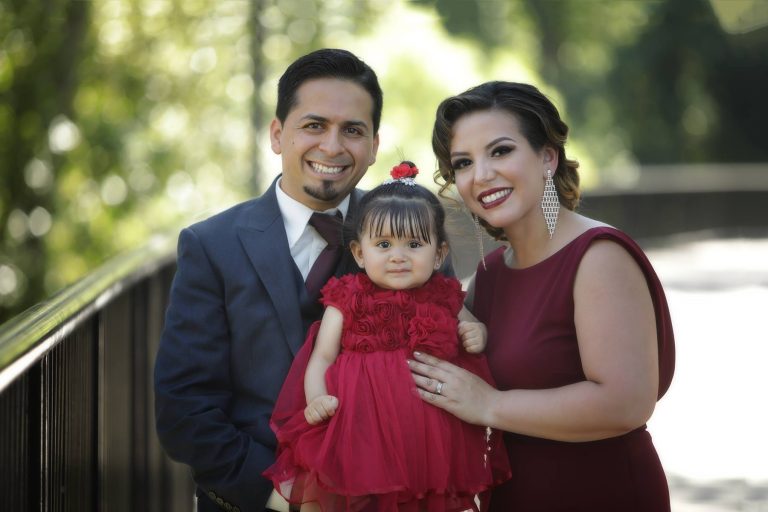 Western Oregon University Board of Trustees member Jaime Arredondo is not a WOU alumnus, but you’d never know that from talking to him. His advocacy for the university is strong enough to qualify him as an honorary Wolf, and besides, he’s surrounded by family members who walked across the stage at McArthur Field.

Arredondo actually graduated in 2005 with a degree in rhetoric from Willamette University in Salem. Since then, he’s filled several important roles at Woodburn-based nonprofit Pineros y Campesinos Unidos del Noroeste (PCUN), which supports farmworkers in Oregon and beyond. Arredondo is transitioning to a position leading CAPACES Leadership Institute (CPI), a branch of PCUN that was formed in 2012. He’d been involved with CPI during its creation and is happy to return his focus to the group’s mission.

“It was great to come back to the hub,” Arredondo said. “I get to work with everybody: Causa, Mano a Mano, Latinos Unidos Siempre, TURNO. We have a lot of partnerships.”

CAPACES strives to develop pipelines for community members to go into public office and support social justice causes. To that end, the agency presents workshops such as how to raise funds, how to organize a community and how the nonprofit world functions.

TURNO is the youth-centered section of CAPACES, and it aims to get high school students into college or vocational training. Kids also get involved in activities such as boosting voter registration or passing bond measures for schools.

“Most kids grow up thinking there are four jobs,” Arredondo said. “You’re a doctor, a teacher, you open up your own business. Maybe you’re an attorney. But the nonprofit sector is huge. They can do a million different things that help people. Obviously the political system is very complicated, but we know it’s essential. You have to be involved civically in order to make change. So that’s another thing we have to sort of unwrap for folks.”

Youths didn’t get that same level of support when Arredondo was in high school, he said, but he did get a timely nudge in the right direction. Having immigrated from Michoacan, Mexico, at age 8 in the early 1990s, he never thought a university education was on his horizon. But then WOU sociology Professor Maureen Dolan visited his high school as part of a mentorship program during his freshman year. His older brother was a sophomore, and they both were encouraged to get involved.

The Arredondos were no strangers to nonprofit organizations, even then. The family reached out to PCUN – the patriarch, a seasonal farmworker, was already a U.S. resident — when they first arrived because they knew they could get help with residency.

“I stayed involved ever since,” Arredondo said. “Whether it was being in rallies in the fields or running voter registration campaigns in high school or being part of Latinos Unidos Siempre or receiving a food box from Mano a Mano or living in a subsidized apartment, I’ve always been a part of it.” 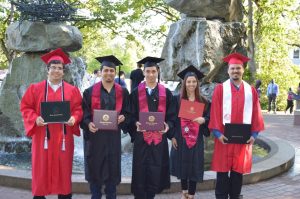 In 1999, Arredondo’s horizon expanded when he got his residency documentation. He took a job working at Goudy Commons, a cafeteria on the Willamette University campus. His mother was a dishwasher there, and his brother worked there as well. Arredondo was a beverage boy, refilling people’s drinks and cleaning up messes, but he started to dream bigger. His older brother had enrolled at WOU.

“I thought to myself, ‘What if I came to this school?’ ” he recalled. “It’s a private school. It’s very expensive. But I wanted to challenge myself. There was nobody there who looked like me. I wondered, ‘What would it be like if I went to the other side? What would people think of me?’ It was a challenge but I thought, ‘I’m going to do this. I’m going to apply.’ ”

Not only did he get in, he also won a multicultural scholarship. He worked one more year at Goudy Commons until life got too busy.

After graduating with his degree, Arredondo started working at PCUN as an activist, and he’s never looked back. He is passionate about fighting for social justice and using the power of a sizeable Latino community to battle disparities in all corners of society. And he sees WOU’s role in that effort as a significant one.

“I think Western has been a pioneer in providing those pathways for underserved communities to access higher education. You can tell, right?” he said. “Most of the students are first-generation, so they lead with that. (WOU asks itself) How do we provide pathways? How can we reach out to people who haven’t had this opportunity before? The president (Rex Fuller) started at community college. It’s part of our DNA.”

Arredondo is fond of saying that immigrants never come alone. They bring their siblings, their parents, their cousins. Because of the close-knit nature of families, when one child sets a precedent, the others follow suit. The key is getting the first one on the right path.

“The first step is knowing it’s possible,” he said. “Then you find the people to make it happen. Schools sometime have a hard time making it happen. That’s why you need programs like the mentorship programs and Upward Bound. If you don’t get proactive about this, you’re not going to be able to maximize potential. There may be a few kids who crack through the barriers, but we need to open up the floodgates.”

Arredondo recalls that when the office of then-Gov. John Kitzhaber called in 2013 and suggested him for a position on the WOU Board of Trustees, he felt it was a privilege to be included in the Wolves leadership. After all, two of his brothers, his wife and many other people in his circle were WOU alums. He’d also been on campus many times, speaking to classes and reaching out to students. He always suggests WOU first to high schoolers who are considering college.

“I feel like I can sell this university better than anyone else because I’m not biased,” he said with a chuckle. “Well, I sort of defacto went there. But it’s easier to believe someone who didn’t go there. I can be a great steward and a great ambassador for the university.”

He believes right now is an interesting “political moment,” where people are both worried and angry at the same time. Though immigration crackdowns have disrupted families, many people are finding fright to be a good motivator for jumping into the political world. Students are some of the most driven, and he wants CAPACES to teach them that they can effect change regardless of their circumstances.

“You can (fight inequalities) anywhere, even in the public sector,” he said. “You can be an advocate in a restaurant. There are ways to support a cause. You don’t have to be in the organization. That’s part of what we teach in CAPACES. Our mission is to prepare our leaders with the capacity and political consciousness to lead and support social justice causes. It’s that support role. Not everyone is going to end up working in the nonprofit sector.”

In his work, he comes across WOU alumni every day. Or he sees WOU employees at his West Salem grocery store. He’s mentoring a high school senior who is bound for the WOU College of Education. He wouldn’t have it any other way, even though he’s not an alum himself.

“WOU is the ideal community,” he said. “People care about each other from the top to the bottom. It’s affordable, even if you live on campus. But the main thing is that people take care of each other. I’ve seen it from afar, and I’ve seen it internally. I like that it’s an actual community.”