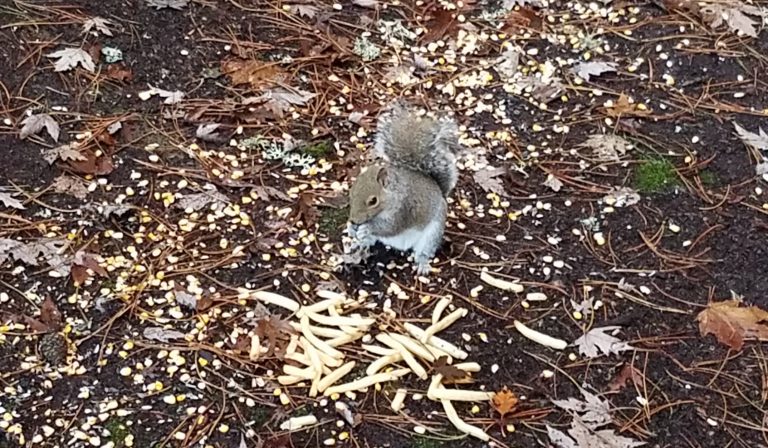 Politics, Policy and Administration Professor Mary Pettenger wants students to know they can make a difference in their worlds. That’s why she considers her Political Science 355 course to be one of her favorites.

The class, Civic Literacy and Engagement, has several components, from proposal writing and project management to media literacy and effective communication. All those topics are integral to critical thinking and understanding the political process.

The course is taught once per year, usually during fall term. This is the third year it has been offered, Pettenger said, and it evolves a little bit each go-round. It is required for political science majors, but students in other majors take the class as well. Word has gotten around that a lot of practical, résumé-worthy skills can be gained through class assignments.

“Most of our students are interested in politics, but the doing is the hard part,” Pettenger said. “My goal is help students learn the what and the how and why and also give them some sort of practical experience they can talk about (on their resume).”

Among the topics covered are how the political process works, what civic engagement looks like and how the media work. In fact, news literacy is a major part of the class. Students learn to assess stories they read, looking for sources and thinking critically about what those sources’ motivations might be. They explore conspiracy theories and satirical writing, too, examining why people might be prone to believe they are fact.

The biggest project in the course, and the most popular, is the civic engagement piece. Students choose a cause that is important to them and try to implement a change for the better. If change is not achievable within the scope of the 10-week class, students at least put together a plan and proposal on how one might advance the project in the future.

Pettenger said she sees a huge range of student projects. This term students are working on, to name a few: bringing “deliberative democracy” to campus, expanding the outreach and use of Monmouth Public Library, pairing international students with domestic students, and starting a debate club.

“They look at what is the problem and what is the solution,” Pettenger said. “Then, if they have time, they can try to implement the solution. Even if they can’t implement it, they still have to reflect on their experience with the process of trying to do so.”

Junior Hailey Bushek ’19, a Public Policy and Administration major who just transferred from Chemeketa Community College, learned first-hand how to readjust expectations when plan A doesn’t work out. Her project in PS 355 focuses on squirrel mortality and health on the WOU campus. The idea kind of blossomed in her mind when her class group wrote an Onion-style satirical article about squirrel homelessness. As a commuter, she sees a lot of animal fatalities on the highways coming to university, so she wondered about squirrel being run over on campus.

“I talked with Kevin Hughes in Facilities Services, and he said there wasn’t really a problem with that on campus because there aren’t a lot of cars here and also people love the squirrels,” Bushek recalled. That was her first roadblock on the project, and she had to pivot to find a new angle. Hughes gave her a hint.

Bushek talked to experts in the Biology department and to safety gurus at Campus Public Safety. She even chatted with Provost Stephen Scheck, who seems to have a soft spot in his heart for WOU’s rascally squirrels and studied them himself when he was a college student.

Facilities Services had investigated squirrel-proof garbage cans for campus, Hughes said, but they turned out to be cost-prohibitive. Bushek determined that the simplest way to encourage squirrel health was simple to throw away food scraps indoors rather than in outside garbage cans. As part of her project, she plans to share tips for supporting squirrel health with student and employees.

“I want people to realize the squirrels are a wild population,” she said. “If they know they can get a piece of pizza from the trash can, why would they spend all their time hunting and gathering nuts? It’s a lot easier—and probably a lot tastier—to just eat the pizza that’s right there in the trash can. But then they are becoming dependent on that as their food source.”

In the Civic Literacy and Engagement course, Pettenger talks about “finding the door” that gives activist the “in” they need to move forward. For Bushek, she found Scheck and Hughes, who suggested other people she should talk to. Her circle of contacts grew from there, and she was please that so many people on campus – who didn’t know who she was and didn’t have her in their classes – were willing to help.

“Talking to people can lead you to all kinds of other people you didn’t know you needed to talk to,” she said. (Professors and staff) were very willing to talk about stuff I was doing in all my classes, even if it didn’t have to do with them specifically. Almost everyone I talked to wanted me to update them on what happened and to keep them in the loop.”

Pettenger said that’s a lesson that many students learn in the class: not how hard the process of effecting change can be, but how easy it can be after they find the right entry point. And for those who don’t make much progress, there’s something to be learned there, as well.

“Students can get an A by getting nothing but noes,” Pettenger said. “It’s not graded on the achieving of an event or having everything come together smoothly. I’m looking at how they’ve shifted and what they learned in the process. I want them to come out much more optimistic that change is possible. Even on little things, just daily things.”

Pettenger said she’s a firm believer in the idea that the journey, whether one arrives at the destination, is the most important part of any project. Along the path, students learn time management, communication, collaboration and persistence, all of which are important life skills that will serve them well in the future.

“They learn from failing and becoming comfortable with that and finding strategies to get around it. They also have to have a dream, a goal of what they want to achieve.”

At the same time, she said she realizes her course is not for everyone. Some students prefer the lecture format, where their personal investment is limited. She still encourage all students to consider taking PS 355 because the reward can be significant.

“They have put themselves out there. They have to push themselves to do things,” she said. “Some of them resist that. They are really uncomfortable with that. But they do it, and they learn something from it. They have to be engaged, and some of them would rather be passive, so that’s hard for them. Plus, it takes time. It’s scary for a lot of people. That’s why I encourage people to take a little bite (of the process) and see how it tastes. It’s baby steps in a safe environment.”

If her goal is to show students that they possess the drive and skills needed to improve their communities and their world, she seems to be making progress.

“For me, the big issue is to make change,” Pettenger said. “Most college students, I believe, come to school because they want to learn about the way the world works and understand how they can have a role in the world, whatever area they are in. For me, this is a practical way to show how it works, and how people work and learning the skills to make change.”