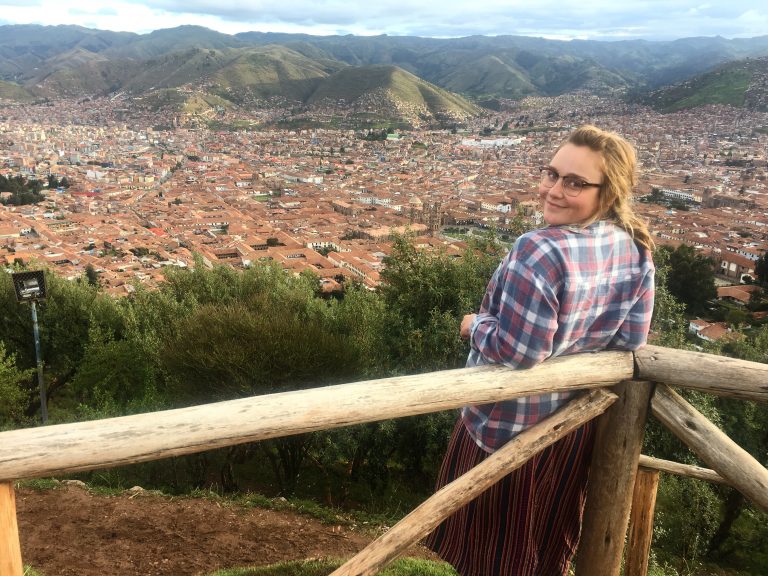 When Study Abroad Advisor Akaanchya Pradhan first meets with a student to discuss options for studying in another country, she usually doesn’t know what to expect.

Some students have used the program’s online tool to narrow down their options, while others don’t know anything about studying abroad and all its ramifications. Pradhan said she generally starts from scratch, even if the student already have a base of knowledge.

“Even if they come in with an idea where they want to study, I’ll always have them research more,” Pradhan said. “I’ll show them our website and tell them to explore all the options for a week. Some students come in because they’ve heard about the program from a friend, and that program might have been great for the friend, but it might not be a fit for them.”

Study abroad doesn’t work for every student. Sometimes classes just won’t transfer easily to WOU, and other times life circumstances hamper participation in the program. But for the 15-20 WOU students who can make it work to their advantage, the chance to attend classes in another country is a dream come true.

Pradhan’s office is part of International Education and Development, located on the ground floor of Maaske Hall. She’s been in her position for two years and is herself a WOU grad and former international student from Nepal. Ermie Buncal is the assistant director and oversees the college credit transfer part of the study abroad process.

Students don’t move forward with international studies without a great deal of preparation, Pradhan said. She looks at the student’s academic status and helps them find the right program.

“We go into each option and look at their DegreeWorks and see what classes are being offered, the length of the program, the cost and all of that,” she said. “Then we give the student more time to decide on the program.”

Pradhan also is in charge of pre-departure orientations and re-entry sessions.

In May 2017, Emily Wanous ‘18 was one of the returners. The Pendleton native spent four months in Peru as part of the CISabroad program, one of the partner organizations WOU works with when sending students to other countries to study.

Wanous, an International Studies major with a focus on Latin America, wanted to enhance her Spanish-speaking skills and cross an item of her lifelong to-do list: visit the ancient Incan ruins of Machu Picchu.

Because financial aid can cover study abroad – a fact many people don’t know, Pradhan said – and because Spanish credits transferred advantageously from Peru to WOU, Wanous was ready to go.

She lived with a Peruvian family while there and became close with the two young children in the home. She visited Machu Picchu as well, but it wasn’t the site that wowed her the most. She said she made an effort not to go into the experience with a set of expectations.

“I tried not to think about it — in a weird way,” Wanous said. “(Peru) was exactly what I expected in that I didn’t expect anything.”

Being open-minded is a vital attribute of the ideal study abroad student, Pradhan said. She encourages travelers to observe and reflect on the cultural differences they witness rather than compare norms to American societal standards.

“It’s like the iceberg theory,” Pradhan explained. “You see parts of the culture – food, language, sites – above the water. But underneath there is so much more that affects what you see above, like traditions, norms, gender roles.”

Wanous said what she values most are the personal insights she gain while studying abroad.

“I gained a new respect for another culture but also a new respect for my own,” she said. “I can feel proud to be from the United States but also respect these cultures and show (Peruvians) that what they see (of Americans) isn’t all we are, and what we see isn’t all they are.”

That cultural awareness is an advantageous trait that Pradhan hopes all returning students can translate into valuable job skills. When participants return, they are required to present either a poster display about their travels or make a video about them. Those projects are displayed during International Education week, which was in November this year.

Wanous said her poster presentation couldn’t contain all the lessons she learned. But she’s now an ambassador for CISabroad and gets plenty of opportunities to share her thoughts with students who are considering studying in another country.

“Of course I took classes (in Peru) and they were so interesting — about history and culture and everything, but aside from all of that, I learned about the person I want to be in life,” she said. “The person I was and the preconceptions I had — just by broadening my mind, I learned more about myself. I feel so much more attuned to myself.”

Pradhan also requires returners to craft a professional resume that includes their foreign studies and all the “soft skills” they gained as a result.

“We don’t just want people to put a bullet point saying they studied abroad,” she said. “We want them to be able to use that to sell themselves later to an employer.”