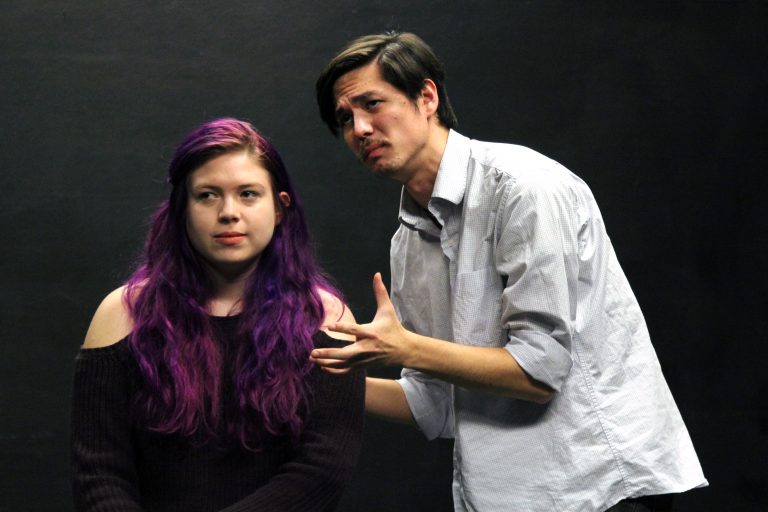 The time-jumping play The (curious case of the) Watson Intelligence by Madeleine George will come to Western Oregon University’s Black Box Studio stage Feb. 8-10. The piece, which was a finalist for the 2014 Pulitzer Prize in Drama, will be directed by student Matthew Miller ’18.

The (curious case of the) Watson Intelligence takes a closer look at several Watsons through history, including Sherlock Holmes’ trusty associate, the Jeopardy-crushing super computer, the engineer behind Alexander Graham Bell’s telephone and a modern-day techie searching for love.

Playwright George describes the play as a love story crossed with a mystery.

“It looks at, not only what does it mean to suborn your life to the vision of another person, but also what is it like any time we throw in our lot with another person,” she said. “It’s perilous and it’s thrilling and it’s scary.”

“This show is about the people behind the people who change the world: the assistants, transcriptionists and secretaries,” said Miller. “The thing I hope people take away from the show is that for every important figure in history, there is someone behind the scenes whose contribution is just as important as the major figures we hear about.”