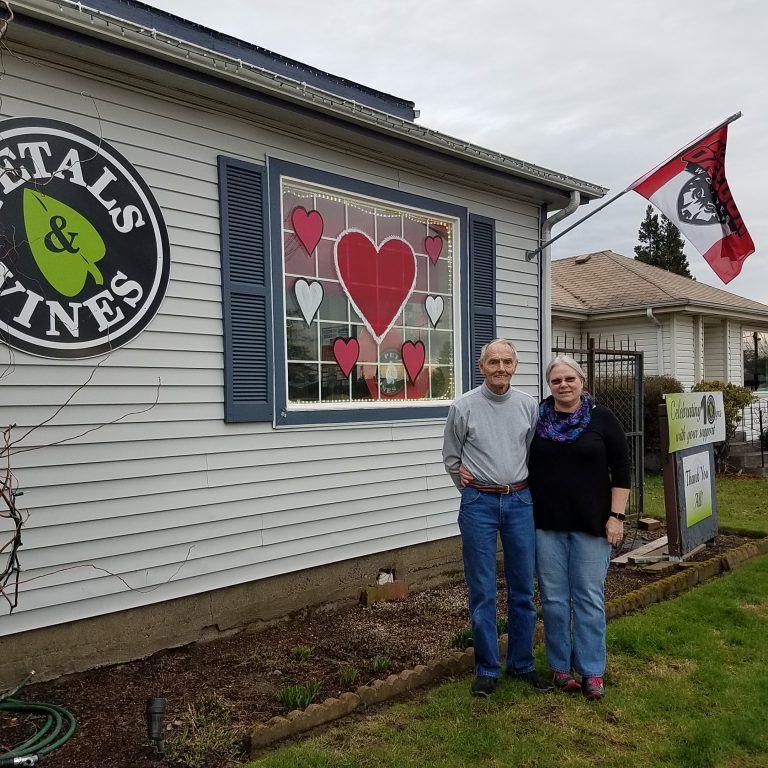 Oregon College of Education (OCE) alum Dwight Triplett ’66 is the embodiment of what can happen when you take life’s opportunities as they come. Even today, Triplett embraces the idea that taking chances and saying “yes” can lead you to places you never imagined. For him, that place was Asia, which was a long way from his humble beginnings as a central Oregon transplant in the wake of WWII.

The Tripletts were a pioneer family, arriving in central Oregon via wagon train during the 1870s. They settled south of the La Pine area and raised cattle for decades. Dwight Triplett recalls that his grandfather served as the first U.S. marshal for the eastern side of the relatively new state. By the time the second world war ended, the family was ready for a change. They packed up and moved to Salem.

Instead of a rural schoolhouse, Dwight Triplett attended Highland Elementary. His father opened a service station. Triplett and his two brothers eventually graduated from North Salem High School, and Dwight Triplett enrolled in University of Oregon. It was 1961.

His stint as a Duck proved short-lived. After just a year, he concluded the school was too expensive. He enrolled at Oregon College of Education (as WOU was called at the time), moved back in with his parents, and started on the path to a teaching certificate, which in those days was a five-year program.

“At OCE, that’s what you did,” he recalled. “You had three choices: elementary education, secondary education and general studies. General studies people went to work for the state or the county. Everyone else was a teacher.”

After graduation, he worked at a school in Gervais for two years but eventually found his way back to North Salem High School by invitation of the principal, who remembered him as a student there. He was flattered to be recruited by his alma mater.

By 1968, he was back at OCE, this time enrolled in a master’s program that, thanks to Title I funds, was nearly free to attend and would offer him a chance for a raise at North. His focus in the grad program was guidance and counseling. He switched jobs at the high school from teaching to counseling. He led a highly successful Outward Bound program of which he’s still proud today.

“We figured out that what you have to do with those kids is to teach them self-worth,” he explained. “Outward Bound taught all the kids that it doesn’t matter what you think or how you dress. None of that made any difference. The key is, if you don’t work together, you won’t survive. Outward Bound is set up so that you have to learn to depend on each other. It brings about a paradigm shift in what you are and what you think you are.”

Though it was early in his career, Triplett was ambitious. He started looking around and realized all the men who were in positions he wanted to reach some day were not going anywhere anytime soon. Deciding to seize the day at the age of 27, he told his principal he wanted to take a year off to travel Europe.

His plan was not well-received. The school board refused to accept his resignation. He had to talk them into it, eventually convincing them to allow him an unpaid sabbatical.

“I was still young and didn’t know what I wanted to do in my career,” he said. “What better time to go on an adventure?”

Triplett, who had never left the state, set off. His first stop was in Connecticut, where he planned to stay with his brother Hugh for a few weeks before heading overseas. His first weekend there included a block party, where he chatted with many of Hugh’s neighbors and friends.

The next week, he got a phone call. Curious who it could be, since he didn’t know anyone in Connecticut, he cautiously took the receiver from his sister in law.

“I pick up the phone and a woman says ‘I’m Bob Williams secretary, and he wants to have lunch with you.’ I said ‘Bob who?’ She said I’d met him at the block party,” Triplett recalls. “I didn’t remember him or what I’d talked to him about, but I didn’t have anything better to do, so I had lunch with him.”

Bob Williams was a regional manager for Wesson Foods. He offered Triplett double his guidance counselor salary plus rent and a car to be his salesman in New York City.

“I said, ‘I’m going to Europe,’ and he said ‘Put it on hold,’” Triplett said. “I got a real fast tour of looking for a place to live in New York. I rented an apartment in Queens that was a 10-minute subway ride to downtown Manhattan.”

Triplett had no formal training in sales, nor had he ever aspired to work in that field. But, he explained, he never worried that he’d fail. For that, OCE (and now WOU) gets all the credit in his mind.

“I finally figured it out: Western teaches self-esteem. When you left, you didn’t doubt things. You get the tools you need,” Triplett said. “Even now, 50 years later, Western hasn’t gotten away from its core values.”

He thrived in New York City and even managed to find himself a wife. Actually, some family friends gave him no choice but to meet her during a dinner party.

“I told (my friend) that I couldn’t come to dinner because I had a date. She wouldn’t listen. I had to cancel my date, and I never saw that girl again,” he recalled. He and Maggie, who grew up in Louisville, Kentucky, hit it off and married the following year.

A few years later, when the couple had a 2-year-old, Triplett was recruited by PepsiCo, which needed a director of foreign operations for the Far East. The destination was Taipei, Taiwan.

“We had to get out a map,” he said. “Maggie knew I would go to Taipei if I got the offer. I’d told her before we got married ‘I don’t know where my life’s going.’”

He decided to stick to his philosophy of embracing opportunity. “If you don’t maintain an open acceptance, you’ll never go up a ladder. You’re not going to make a fortune as a salesman or a regional manager. You have to get yourself a directorship. So we went to Taipei. That was 1978. I was 33.”

What followed was a decade in which the Triplett family grew and moved several times. Dwight Triplett worked four years for Pepsi, eventually moving to Korea, which Maggie liked better than she had Taiwan.

“I didn’t mind the constant moving,” she now recalls. “I lived like a queen for 10 years. I took lessons to learn Korean and could get along pretty well with just the basic phrases.”

In 1982, Bob Williams rang his phone again, poaching Triplett back for Wesson and asking him to turn around a failing plant in the Philippines for – what else? — double his current salary. Maggie wasn’t eager to leave Korea, and they had a second daughter by then as well. But they went.

“It was an interesting way to live,” Dwight said. “We’d been out there long enough that we knew the ropes of being an ex-pat. You learn real fast that if we think we know everything, we don’t. We were there during the revolution with (Ferdinand) Marcos. That would have been 1986, just before the Olympics. We had a house that had nine bathrooms.”

Back to the United States

After 11 years overseas, the Tripletts returned to the U.S. They started in California but also lived in Chicago and Colorado during the following 13 years. Dwight Triplett tried to retire at age 55 in 2002, but he kept getting asked to save struggling businesses. He lost hearing in his right ear after a head cold and a 17-hour flight to Hong Kong left it with a permanent ringing. Finally, at age 63 and with severely limited hearing, he retired for good.

“That’s when Maggie said ‘If you’re going to retire, I want to move back to Oregon and open a flower shop,’” he recalled. “I reminded her that she’d only visited Oregon in the summer time and she didn’t really know what she was getting into. My sister, Charlotte, lived in Monmouth at that time.”

Dwight, ever the businessman, put together some templates that compared four flower shops that were for sale in Oregon. He looked at the market research, the potential for growth and the projected longevity based on the surrounding population. They were considering buying one in Florence when a shop came available in Monmouth. They made an offer.

“My sister was pushing pretty hard for us to move here,” he said. “It’s a good thing the shop penciled out. If it hadn’t penciled out, we wouldn’t have bought it.”

Dwight and Maggie Triplett now run Petals and Vines, the flower and gift shop on Main Street. Their middle daughter, Martha, works there with them. Dwight does deliveries and manages the books. Maggie handles the floral arrangements.

Both are staunch supporters of Western Oregon University. They attend sporting events regularly or give their tickets to others when they can’t. Maggie has worked to support the Smith Fine Arts series. Dwight says he owes a huge part of his success in life to OCE.

“I never had a business class in my life,” he said. “I ran hundreds of millions of dollars, and you just learn as you go along. This goes back to Western. I never felt intimidated interviewing a finance director who went to Harvard Business School. You learn as you go through life that there are certain steps you have to take in order to open the door (to success). Did I succeed in life? I don’t know. My track record says I did.”