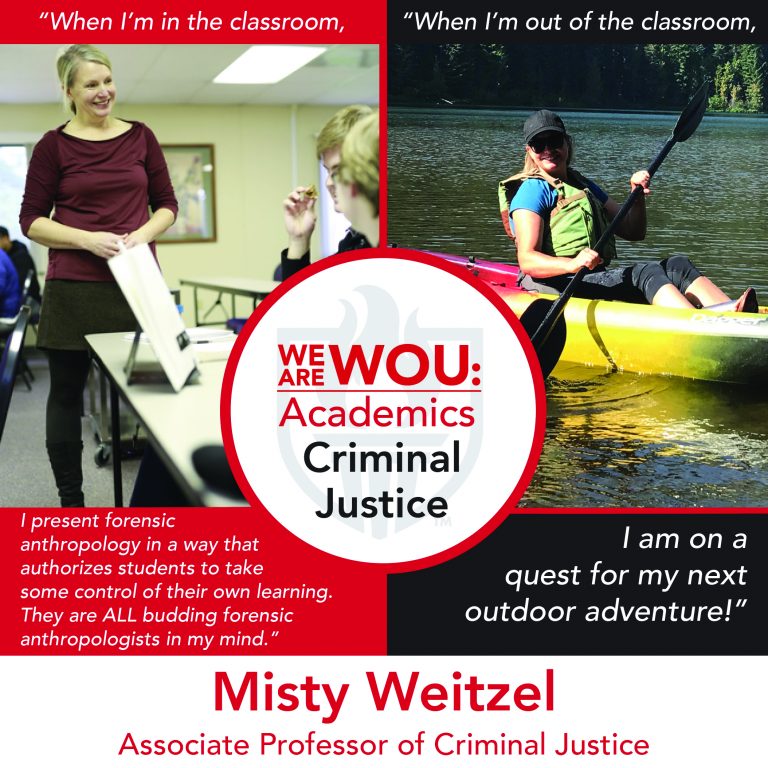 WOU Veterans Support Services had a terrific winter, earning several accolades from multiple agencies. Most importantly, the WOU chapter of Student Veterans of America (SVA) won the Chapter of the Year award from among 1,300 SVA chapters nationwide. Student Shane Follett is the president of the campus SVA chapter. “Shane has been involved with WOU SVA since its inception on WOU’s campus in 2015,” said Andrew Holbert, Veterans Services coordinator.

“It is an honor for Western Oregon University Student Veterans of America to be chosen as the chapter of the year,” Holbert continued. “The WOU chapter made it their goal to better the community both on and off campus since the chapter’s inception about two years ago. The administration has been an important part of this mission and success in leaving the community better than they found it.”

WOU’s Veterans Services was also awarded an $86,700 grant in December from the Oregon Department of Veterans Affairs to enhance WOU’s Veterans Resource Center.

Last but not least, WOU’s title as a Military Friendly School was upgraded from silver status to gold!

The senator represents District 10 in the state Legislature, an area that includes Monmouth and Independence as well as a large portion of Salem. She was first elected to the position in 2002 and had served as a state representative before that.

“It is my pleasure to be part of such a monumental event,” Winters said. “These hardworking students are closing one chapter and opening another into a bright future!”

WOU’s 161st Commencement Exercises will begin at 10:30 a.m. June 16, 2018 at McArthur Field. The entire ceremony, including the speakers and the conferring of degrees, will be available on WOUTV.

On March 6, WOU held its annual Giving Day, a 24-hour fundraising drive that seeks to raise unrestricted gifts. This year’s event was a huge success, raising more than $41,000 from about 230 generous donors.

There were several groups of donors who offered matches, which helped boost the total raised very quickly, including members of the WOU Foundation board and the DeVolder family.

“Many times throughout the day I was moved by the generosity of our alumni, employees and students,” said Emily Swart, the Annual Fund coordinator who spearheaded the Giving Day effort. “The pride they took in supporting their university and students was exponential this year.”

We are WOU: Academics

Throughout 2018 and into 2019, WOU will highlight academic programs, student life and athletics on its website and social media platforms. With fun profiles, infographics and other features, each of WOU’s 50+ academic programs and many campus groups will be in the spotlight.

Kicking off the We are WOU campaign is Academics. First up was Information Technology, a popular master’s program often used by working professionals to increase their knowledge–and clout–in the job market. You’ll also see features on the natural sciences, criminal justice, business and the  dozens of other career-focused areas of study available on the WOU campus and/or online.

The campaign highlights more than your run-of-the-mill features. We are WOU: Academics gives readers a glimpse inside the hobbies of faculty members, the working lives of program alumni and feedback students have about their course of study.

If you’ve been considering enrolling in WOU courses or sending a child to Western, the We are WOU: Academics spotlights are a great way to learn more about the degree programs the university offers. Alums, you might find something new to brag about!