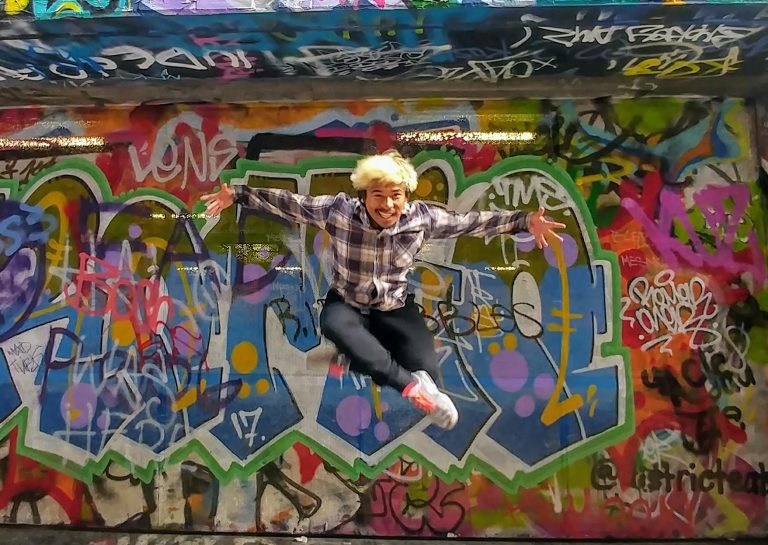 Inspiration comes from anywhere, for the piece the Last Light, by student choreographer Andrew De La Paz explained he had two muses: the way light refracts through different mediums and the poem by Dylan Thomas, Do Not Go Gentle into that Good Night. By incorporating these two vastly different influences, De La Paz hoped to remind the audience at the 2018 Spring Dance Concert that life is fleeting and not everything is as simple as it looks, so enjoy the time you have to its fullest. De La Paz is most excited for his family to see his choreographed piece since they have yet to see any of his other works.

“The hardest part of making this piece come to life was taking the abstract idea that I had and turning it into movement and meaning,” De La Paz said. The creation of this piece forced De La Paz to take a step back at times and not force an idea. De La Paz noted sometimes the most organic movement creates itself if you are patient. Listen to both the dance and the dancer and be receptive to the feedback, never force it and be prepared to scrap whole sections and transitions to swap them for new material.

Looking towards the future, De La Paz plans to audition for companies around the Portland metro area, with a dream of joining the RUBBERBANdance Group. The group is known for their “contemporary bboy breaking dance fusion,” according to De La Paz. Even if joining the group is in his future, this won’t stop De La Paz from enjoying the performances as an audience member.