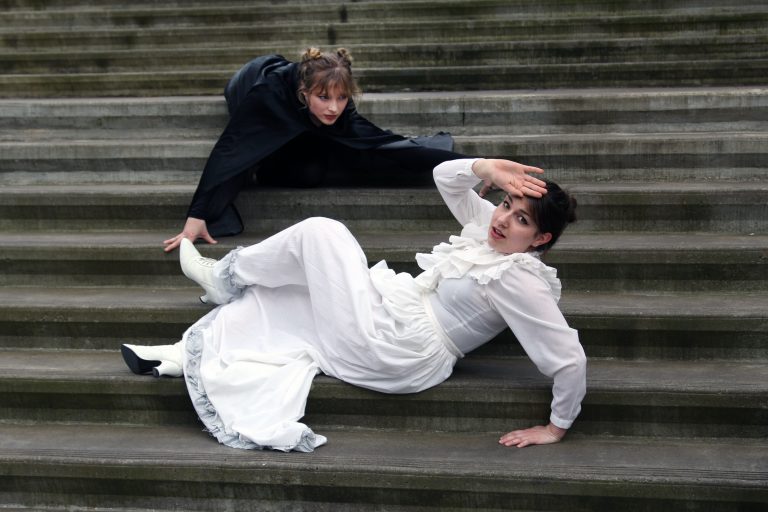 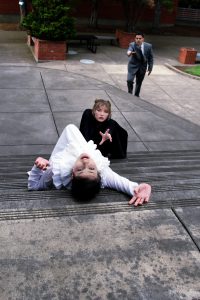 Why Cross Chaos is a devised work based off the early 1900s silent serial film Les Vampires. The french film, by Louis Feuillade, is a comedy-thriller and portrays the inner workings of Paris Gangs. While guest director, Jessica Wallenfels did guide the group, the actors all had a part in creating the script. This lead to some differences in opinion and bumps along the way, but the final piece is nothing to be scoffed at.

Kevin Huang, playing the protagonist Philip, explained the process as both eye opening and a bit scary. One of the biggest challenges he faced wasn’t with the script however, letting go of the tension in his body and relaxing was the largest issue. Out of all the props used Huang described a few of his favorites “knives and guns and the ballerina costume.” Because of the dynamic movement of the set Huang describes it as a bit cramped, but not bad.