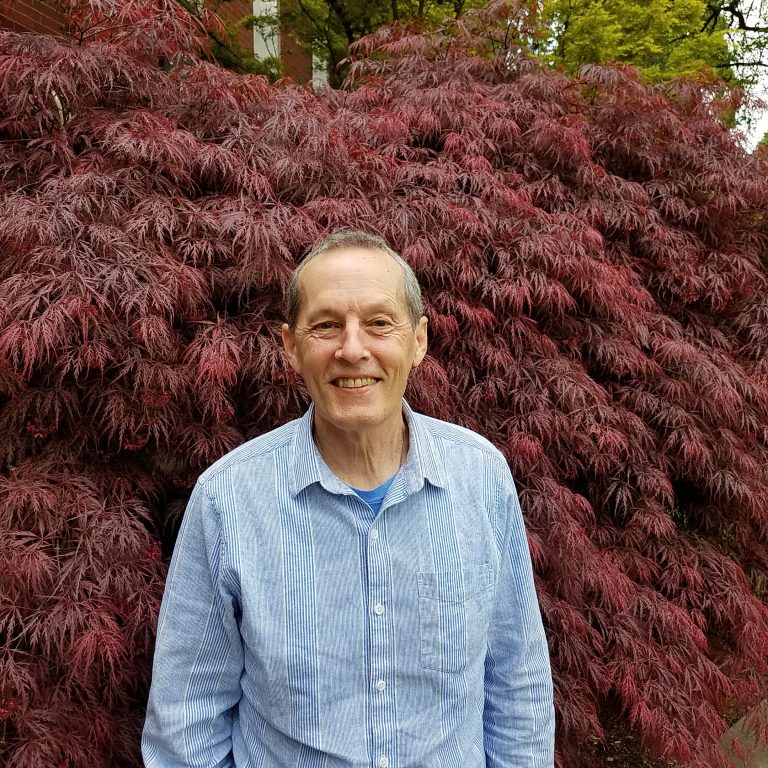 The Mario and Alma Pastega Award for Excellence in Teaching honors a full-time faculty member who demonstrates excellence in teaching and relationships with students, both in and out of the classroom. Once nominees are received, a screening committee submits a list of finalists to the president, who then chooses the recipient.

When sociology Professor Peter Callero arrived in 1985 at what was then Western Oregon State College, the sociology department didn’t exist. He’d been brought in—lured from a cushy post at University of California at Riverside—to launch the discipline. Callero, this year’s Pastega Excellence in Teaching Award winner, got to work but faced some challenges.

“I accepted the offer to start the program, but for the first few years, I thought I’d made the biggest mistake in my life,” he recalled with a chuckle. “There was way too much work and not enough time to pursue my research agenda, although
I was able to carve out spaces here and there. I was just really overwhelmed with the amount of work that it took.”

He was able to persevere and soon added a few faculty members. The first freshman cohort enrolled in 1989.

Callero’s lifelong interest in sociology might be explained by the fact that he’s one of 16 children in an Italian Catholic family. After all, there’s not a lot of room for individuality in an upbringing like that. He even wrote a book on the topic. The Myth of Individualism: How Social Forces Shape our Lives is now in its third printing.

“I wrote this book primarily with my students in mind, because I was never satisfied with the intro textbooks available in sociology,” he said. “My goal was get a book that represented my view on developing a sociological point of view that was more approachable, inviting and exciting for students but also wasn’t going to cost them an arm and a leg.”

His research focus is on the social construction of identity from a sociological point of view. He recently wrote another book about social inequality and identity. “It mostly centers on the relationship between self and society and how identity contributes to power and privilege,” he explained.

Now, 33 years down the road, Callero is extremely proud of the sociology program he was worked so hard to create. It’s a rigorous curriculum, requiring a senior thesis for all sociology majors.

“It’s pretty demanding. But my colleagues and I, we’ve all committed to it and our students have really benefited. That’s one of the reasons I first came here. I knew that the emphasis would be on teaching, that they would appreciate a commitment to teaching, that Western was, first and foremost, a place where they value teaching relative to scholarship.”

Callero has an unopened beer bottle on his desk, stamped with the date 1993. It’s from one of the graduates in the first group of sociology majors. His longevity at the university means that he’s starting to see some familiar faces walk through his doors.

“I’ve been here so long, I’ve started to get second-generation students whose parents went here. A student will say ‘My mom says hi. She took your class 20-some years ago!” he said, laughing.

Callero downplays the idea that he won the Pastega award for teaching by doing anything differently than his colleagues. On his nomination form, his colleagues praised how he always goes all-in for his students and how he supports their work on community service causes.

“I’m so honored and feel blessed to get the award, because that means that my colleagues and especially my students feel I deserve it,” he said.

So, yes, he’s glad he made the move from California all those years ago. “I came to realize it was the best decision to come here,” he said. “One thing you don’t know before you get to a place is the sense of community and collegiality and support you get. We have a real sense of solidarity and community, and that extends to the entire campus.”