Home » WOU in the news » WOU in the News: Monticello Park Debuts Fall Prevention and Memory Program for Public 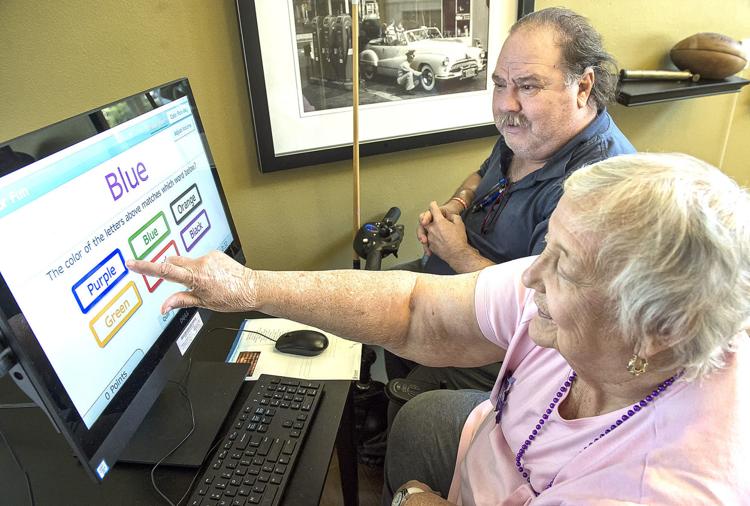 Prestige Monticello Park senior care center in Longview is rolling out a new program for the public this month aimed at one of older adults’ biggest fears: falling.

Studies indicate between 30 percent and 50 percent of elderly people fear falling, and it’s easy to understand why.

The average hospital cost for a fall-related injury in 2015 was more than $30,000, according to the U.S. Centers for Disease Control.

As the U.S. population continues to age, the number of falls and subsequent medical costs are likely to rise. And trauma cases related to falls appear to be on the rise locally.

The number of fall-related trauma admissions at PeaceHealth St. John Medical Center in Longview nearly doubled from 99 cases in 2012 to 181 last year. That number also does not reflect the entire number of patients who visit the emergency room after falls and who are treated for less serious injuries and get sent home, PeaceHealth spokesman Randy Querin said.

“Falls are extremely costly, and the pain can be very intense,” Nikkol Nagle, the Monticello Park’s community outreach director, said Monday. “Once you have a fall, it’s hard to recover, and you become even more likely to have another fall.”

The fear of falling can cause seniors to reduce their everyday activities, Nagle noted. Less physical activity can in turn make them weaker and more prone to falling.

In an effort to cut down on falls, Prestige Care — which operates more than 80 senior care communities throughout the western United States — enlisted Dr. Robert G. Winningham, a professor of psychology and gerontology at Western Oregon University. Winningham developed the “Celebrations Lifestyle Program,” which focuses in part on preventing falls and strengthening memory.

Monticello Park debuted its fall prevention program internally in May, and the mix of exercises and memory-strengthening facilities has already had a pronounced effect on participants, Nagle said.

In the first three months, about a dozen Monticello Park residents in the program saw their physical and mental performance on a series of assessments improve by 66 percent, she said.

The program consists of seated and standing exercises with weights, exercise bands and stretching. Participants are also encouraged to take part in “Mindmaster” memory exercises such as Bingo and digital games played on touchscreens. The center will start offering Tai Chi classes to the general public at 11 a.m. on Thursdays starting in August.

Kori Nelson, the wellness director at Monticello Park, said the main goal of the program is to help seniors live independently.

“We want to allow them to be able to keep doing the things they like to do,” she said in an interview earlier this spring.

The program is also designed to increase social interaction among participants, Nelson said.

Social isolation and loneliness increase the risk of dying for seniors aged 65 and older, medical studies have found.

“Another cool part of the program is it adds that social component,” Nelson said.

Interested members of the public should call Monticello Park to inquire about signing up.

By Zach Hale
The Daily News