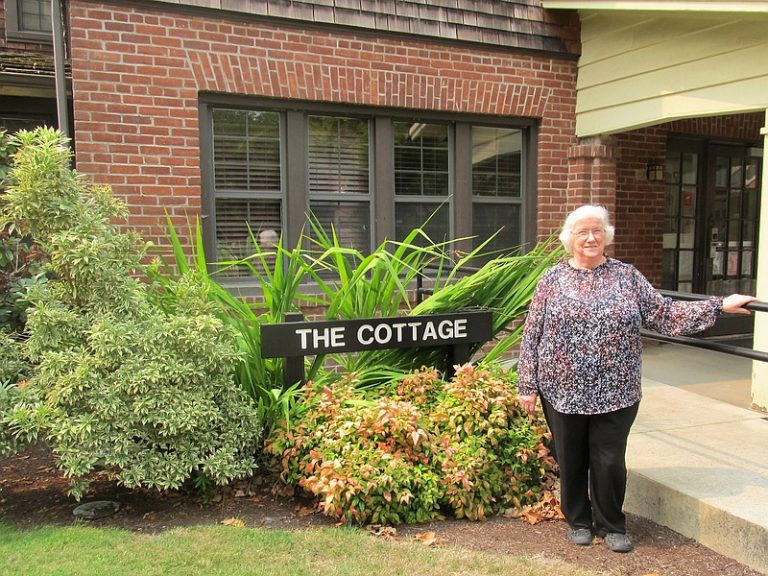 MONMOUTH — Sandy Newland is retiring from Western Oregon University at the end of August, again.

The first time was about four years ago.

“I was manager of donor relations when I retired,” Newland said. “They asked me whether I would just consider doing part time in the Smith Fine Arts Series, managing that program.”

That’s what she’s been doing since. In all, Newland has been working for WOU for more than 26 years.

“It’s been a great place to work,” she said.

Newland started in the department as an assistant and worked her way up.

“I love this type of work,” she said. “Working with donors and the public, patrons of the arts and all that kind of stuff,” Newland said. “I’ve planned a lot of events.”

“She is really dedicated to the fine arts,” Messer said. “She works very hard. It’s been good working with her. She works with volunteers very well.”

“It all comes down to her dedication to the series,” Messer said. “You have to look at it that way when you work with people. The way she interacts with people to encourage them to present the series. She is inviting and gracious.”

Newland was excited to help bring the money the event raised to a new high.

“We have to earn all of our money,” Newland said. “And ticket sales don’t begin to cover everything.”

The series is partially paid for by a student incidental fee which was petitioned by former series director Keller Coker. In exchange, WOU students get free tickets.

Newland has a soft spot for students and the scholarship dinner was one of her favorite events.

“I did that for quite a few years, ran the scholarship program for the foundation,” Newland said. “I had so many kids that would come in here and you could look at them and then say, ‘OK, here’s some food. I want you to sit down and eat this.’”

You can’t study when you’re hungry, she said.

Those experiences prompted her to start an emergency student aid fund at the holiday tree lighting, she said.

“They go to the VP for student affairs,” Newland said. “They have a need and then they process it and send it to us for payment. It can be for food or medical emergencies or a car breaking down or anything like that.”

Newland says she knows what it’s like to have a need.

Her mother, Myra Lester Collins, was diagnosed with polio when Newland was in first or second grade. Their family lived in Connecticut.

“She was taken away to the hospital on Christmas Day and there were six little kids,” Newland said. “The youngest one wasn’t even a year old. She was in an iron lung for a long time.”

Her mother was moved to Boston and “finally graduated to a rocking bed,” Newland said. “She finally talked the doctors into letting her come home.”

Newland said as the oldest girl, she took care of her mother a lot.

“We didn’t always have help there,” she said. “I did everything from feed her to bathe her or brush her teeth or put her on the bedpan. Just lots of things as a little child.”

Newland has been active member of the Rotary Club for about six years.

“Their big push has been to eradicate polio, so it has real meaning to me because I experienced it firsthand,” Newland said.

She said no matter what her mother was going through, she was happy and positive.

“People would go to visit and they’d say, ‘I came away cheered up more than when I went,’” Newland said. “She was my hero.”

Though she did not complete her degree, Newland went to college to become a nurse.

“I was very interested in home (economics) and my step mom thought I would make a great home ec teacher because I did a lot of sewing and stuff for people,” Newland said. “The nursing was because of my mom. I was doing the two-year nursing programs, labs in the hospital and stuff. I just wanted to make a difference for people who suffered like her.”

Speech and “classes like that” were the most valuable, she said.

She tries to pass that knowledge on to the student workers she oversees.

Working with students keeps you young, she said.

“I think we have to be willing to listen also,” Newland said. “I think every one of us can make a difference in their lives. It’s fun to mentor them. We don’t have to be faculty to do it.”

She enjoys working with the donors, as well.

“It doesn’t matter what level they’re at,” Newland said. “They are the coolest nicest people you could ever imagine and they become like family.”

Newland is going to miss her colleagues, students and donors.

She doesn’t have any set retirement plans, but they will include setting up her home.

“I’m still waiting for my house to be finished,” she said. “We had a fire two years ago. We lost just about everything.”

Donations after the fire allowed her to buy a motor home which she lived in for a year. Now she is staying with a friend, she said.

“This community has just been marvelous,” Newland said. “They’ve been so great.”

Newland plans to retire, for real this time, but says she might attend and may even help out with next year’s dinner.