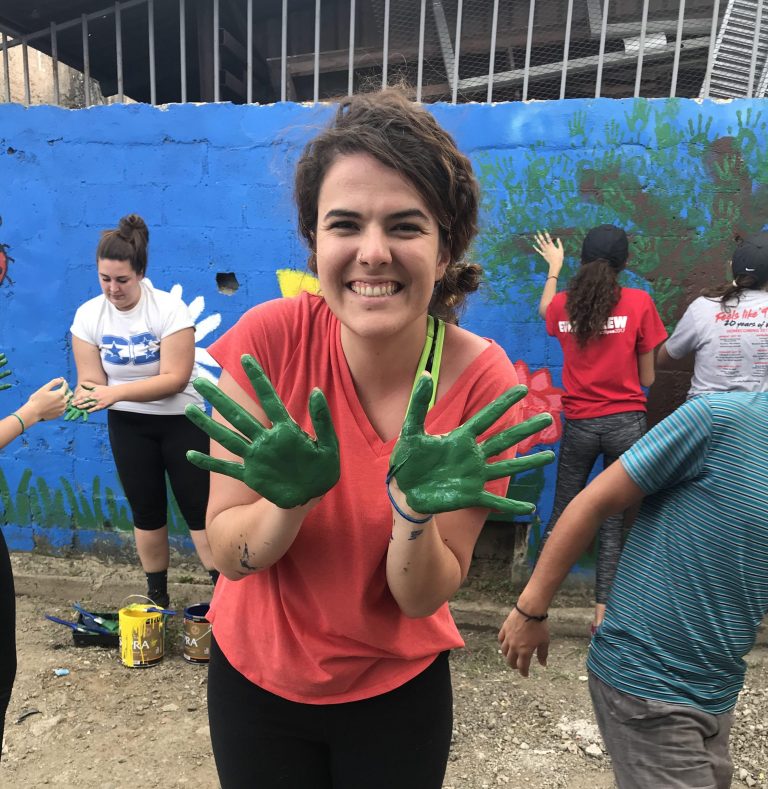 Many Western Oregon University graduates have jobs lined up before they even leave campus. Others plan to go on to grad school or otherwise further their educations. A small group, however, chooses a different route; they enroll in the Peace Corps.

The Peace Corps was created in 1961 by President John F. Kennedy, and the program has three goals, according to Scot Roskelley, the recruiter who covers Oregon and visits WOU several times per year. The corps ultimately aims to bring a little bit of American culture to other countries as well as grow understanding of global cultures here in the United States. The method for doing that is the foundation of the third goal: bringing economic and social development to the countries Peace Corps volunteers work.

Volunteers almost always have college degrees, and WOU graduates are particularly helpful on this score because they tend toward the types of degrees that are helpful to the corps: education, community health, biology, chemistry and foreign languages. Since the Peace Corps was founded, 73 WOU graduates have served as volunteers, and as of September 2017, five are currently stationed in other countries.

“We are entering countries at the invitation of those governments,” Roskelley explained. “So (governments) simply say, ‘Here’s what we are looking for,’ and we’ll go out and find people who have those skills, and (the Peace Corps will ) pay their way to go do it.”

The Peace Corps currently has American volunteers in more than 60 countries, and several others will soon be added to the list. The most common jobs are in agriculture, teaching English and health education such as malaria prevention, HIV/AIDS prevention, maternal and child health and nutrition.

WOU graduate Amy Watkins ’17, is set to head to eSwatini (Swaziland) is September. The Creswell native earned her degree in Community Health Education and is excited to work in Africa as a health extension volunteer.

“Throughout my life, I always thought the Peace Corps would be an incredible opportunity, but I thought of it more as a dream than a reality,” Watkins said. “Throughout my experiences at WOU, that dream did a reality.”

Volunteers can request they be considered for particular jobs or particular countries, but there are many factors that dictate job placement decisions. Popular countries include Peru, Thailand, Morocco and Costa Rica, “Place people know about because they may have gone there in vacation,” said Roskelley.

Teaching English as a second language is always in demand because of the internet, Roskelley explained. Because the vast majority of sites are in English, citizens of non-English-speaking countries are eager to learn the language. WOU graduates who study French or Spanish are ideal for this type of placement because not only can they speak another language, they also understand how to teach a foreign tongue more effectively because they’ve gone through it themselves.

Peace Corps volunteers sign up for a 27-month commitment, which includes a three-month training period – mostly language training, culture training and job training — and 24 months in the field.

Roskelley visits the WOU campus multiple times per year, usually tabling and doing short presentations at the behest of faculty members, some of whom are returned volunteers themselves. He tries to interact with underclassmen if possible, so that if they know they might want to serve in the Peace Corps after graduation, they have time to gain the skills they need to boost their chances of getting the placement and job they want.

Watkins was one of the students he talked with early in her university career. “During my freshman year, I heard he was coming on campus, but I wasn’t available at the times he would be at WOU,” she recalled. “We scheduled a phone meeting. The amount of advice and information that he gave me was incredible. Even though I was just a freshman, he still believed in me and told me that I could do it.”

Often, he said, students — particularly seniors — haven’t considered the Peace Corps. “I talk to students where it isn’t even on their radar,” he said. “I share info with them about how volunteering can help them build their resumes and give them a leg up on employment when they return.” Peace Corps returning volunteers get extra points on job applications for federal government jobs – think NASA, CDC, National Institutes of Health, Department of Energy — after they return. Plus, Roskelley said, many employers value the skills and traits that Peace Corps service gives volunteers.

Volunteer Watkins has high expectations for the skills she will acquire on assignment in Africa, including one very practical application. “I hope to gain new skills in my career as a health educator that will show me how to teach and educate with less resources than I would have in America.”

There are plenty of basic work skills volunteers learn on the job, he said, such as budgeting, supervising others and project management. Volunteers have the ability to be self-directed and versatile, too.

“Oftentimes, you can achieve more accomplishments in the Peace Corps than you could get in a first job out of school,” Roskelley said. “It really gives you proof that you can do a lot of things when you leave and you apply for that first job. It really gives volunteers tremendous opportunity. It can open doors with employers that might not be open otherwise.”

Roskelley will be on the WOU campus in mid-November and in February. He will be available to answer questions informally or one-on-one over coffee. Students with a curiosity about the world and the ability to go with the flow should definitely seek him out to learn more, he said.

For Watkins, attending WOU and meeting Roskelley truly transformed her future. “I honestly can say that if I did not go to WOU, I probably wouldn’t be joining the Peace Corps,” she said. “The connections that I have made and the leadership opportunities gave me the confidence and the experience to get accepted into the Peace Corps.”