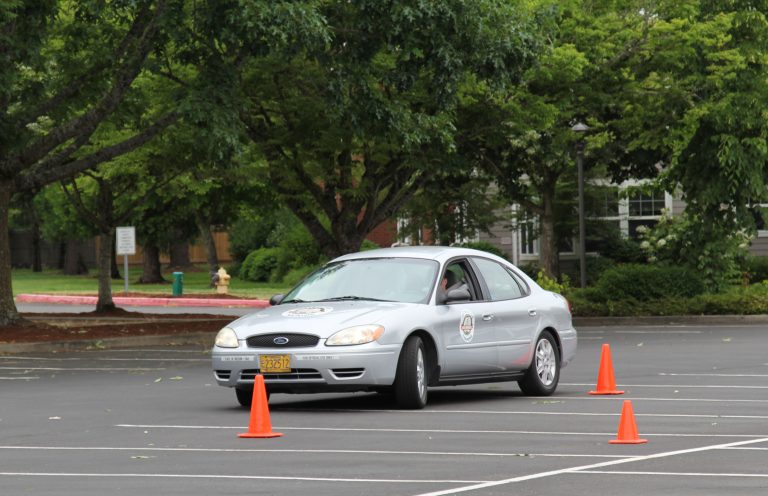 Western Oregon University hosts a lot of groups, conferences and trainings during the summer each year. While most of the sidewalks are quiet, some corners of campus are hosting Zimbabwean cultural celebrations or American Sign Language trainings or high school wrestling camps.

In nearly every case, the gatherings happening on campus are educational in nature, which matches WOU’s mission and reinforces the university’s reputation for innovation around teaching methods.

One such pioneering program was offered twice this summer, first in June-July and again in August: WOU hosted the Oregon Department of Transportation-Approved Traffic Safety Education Program.

This is not a program in which a bunch of teenagers learn to parallel park in the J lot. In this course, adults learn to how to teach new drivers to safely navigate the roads and operate a vehicle.

Since 2004, WOU has administered a grant from ODOT that tasks the university with creating the statewide standards for driver education. There are two curricula: The “playbook,” which is directed at teens and other new drivers, and the “game plan,” which is designed to teach driving instructors. Both curricula were developed and produced at WOU, and they are considered the gold standard for traffic safety instruction, as shown by the ODOT stamp of approval.

Traditionally, the “game plan” program is taught over a series of nine weekends several times each year across the state. However, this summer, WOU hosted two summer academies, which compressed the sessions from nine weekends into three solid weeks.

“It’s brand new this year,” said Aaron West of WOU’s The Research Institute, the branch that oversees the program. “It’s very intensive for them, but it condenses the time commitment.” 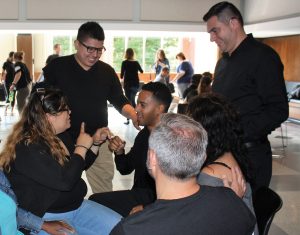 WOU’s role as “teacher of the teachers,” especially around inventive practices, also was in evidence at the beginning of August, when it hosted a first-ever training session in the language of pro-tactile American Sign Language (PTASL), an evolving method for communicating with people who are both deaf and blind. In 2017, WOU was awarded a five-year, multimillion dollar federal grant through the Rehabilitation Services Administration to train ASL interpreters in PTASL.

The week-long institute at WOU brought together seven nationally renowned deaf-blind trainers who are experts in PTASL and 36 professional ASL interpreters from throughout the United States. The interpreters learned all they could from the trainers and then returned home to share their new skills.

“This was an exciting opportunity,” said CM Hall, co-director of WOU’s DeafBlind Interpreting National Training & Resource Center. “The expectation (was) to maintain a fully immersive ASL and PTASL environment for all professional and social interaction.” The group worked on campus most of the week but took a trip to the coast one day to walk the waterfront in search of opportunities to explore the visual and tactile environment.

Considering WOU was the birthplace of public teacher education in Oregon 162 years ago, it makes sense that people would gather on campus for summer trainings. “(The ODOT curriculum) all started here on this campus,” said Tod Prosa, a Corvallis resident who attended the driving instructor training in July. “It’s wonderful for (instructor candidates) to get to interact with the people who literally wrote the book.”

Photo (top): Students practice driving in the parking lot near the residence halls.