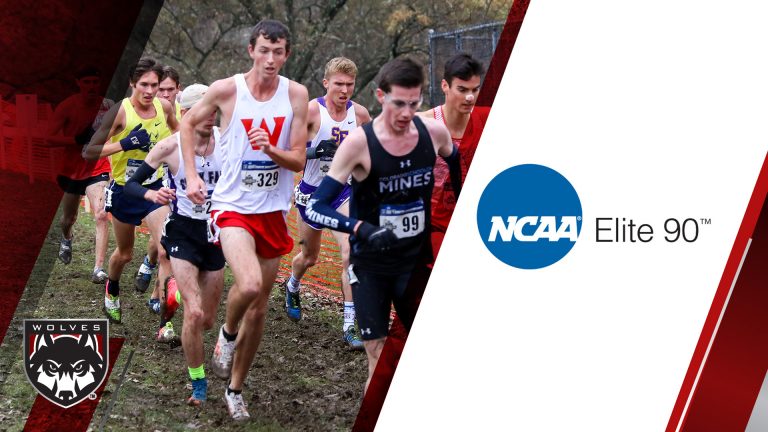 PITTSBURGH, Pa.—Tyler Jones, a senior at Western Oregon University, is the recipient of the Elite 90 award for the 2018 NCAA Division II Men’s Cross Country Championship.

Jones, majoring in mathematics, currently carries a 4.00 GPA. Jones was presented with the award during the championship festivities on Saturday.

Jones qualified for the NCAA DII National Cross Country Championships after earning All-West Region honors with a No. 9 finish at the regional championships. 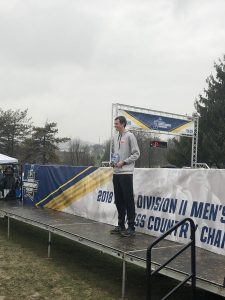 Jones went on to register WOU’s fifth-best result all-time at the national championships by placing 60th overall. Jones helped the Wolves to a GNAC team title in 2017 and is a two-time Academic All-GNAC honoree. In addition, Jones was a Google Cloud Second Team Academic All-American last season.

The Elite 90, an award founded by the NCAA, recognizes the true essence of the student-athlete by honoring the individual who has reached the pinnacle of competition at the national championship level in his or her sport, while also achieving the highest academic standard among his or her peers. The Elite 90 is presented to the student-athlete with the highest cumulative grade-point average participating at the finals site for each of the NCAA’s championships.

Eligible student-athletes are sophomores or above who have participated in their sport for at least two years with their school. They must be an active member of the team, traveling and a designated member of the squad size at the championship. All ties are broken by the number of credits completed.

For more information on the Elite 90 award winners, log on to NCAA.com/elite-90.