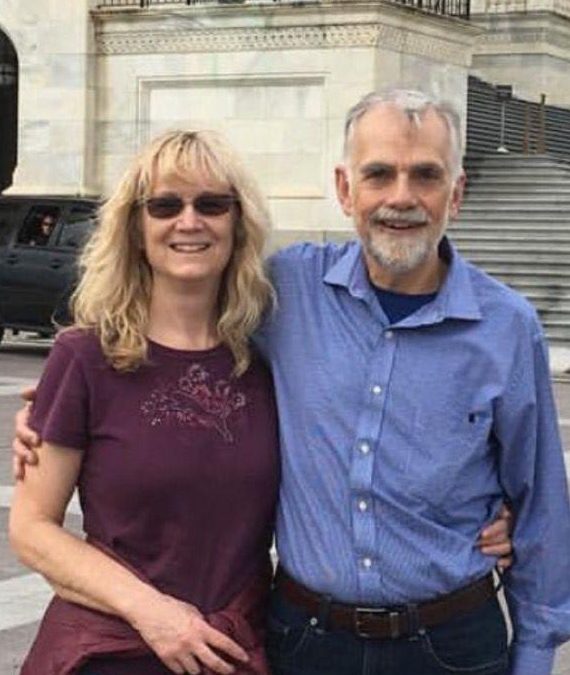 PALMER— Al Strawn stepped down from his position as CEO of the Matanuska Valley Federal Credit Union in October. He is still figuring out what his retirement is going to look like in the coming years but he does know one thing — he enjoys having more time on his hands.

“I’m discovering that I have a different sense of time. I’m able to enjoy time without as much scheduling… It’s really agreeing with me,” Strawn said.

On Dec. 19, Strawn sat down to talk about his retirement. He said that he’s still somewhat involved with MVFCU, aiding in the transition process. He said that he worked with the new CEO Ed Gravely for over 30 years and he was confident that Gravely and all other staff members will continue the company’s “culture.”

“We developed a really good culture in the organization, people that are really dedicated to service and believe in the credit union philosophy. He’ll continue that philosophy,” Strawn said.

Strawn said that he used to have so many meetings, events and other places he had to be during his career and now, he enjoys the freedom of time that retirement promises. He said that he still does some work for MVFCU but it’s mostly from home and he occasionally comes into the office.

“I had two conference calls this morning and I did both of them in my pajamas and I loved it,” Strawn said with a laugh.

Strawn said that he started working at MVFCU when it was a small office close to Bishop’s Attic with about 3 million dollars of assets, less than 2,000 members, and “three and half” employees.

“It was very small in those days… Everybody had to do a little bit of everything,” Strawn said.

Now, he said there are about 500 million dollars of assets, about 45,000 members and 10 total community offices across Alaska and one community office down in Waipahu, Hawaii.

MVFCU is not a bank, Strawn explained. He said that as a credit union, it operates as a member owned cooperative and is built to maximize service, not profit. So the bottom line is that banks are for profits and credit unions are non-profits and the latter is generally known to provide better customer service.

Strawn said that the thing he will miss the most about his job is the people, interacting with them and helping them.

Strawn came to Alaska in for the first time in 1975. He said that his father lived up in Palmer and offered him a round trip ticket to fly up and check out the Last Frontier for himself. While Strawn was checking out job opportunities, he was offered a job at First National Bank Alaska in Anchorage. He said that he eventually lost that position to someone else but he was glad that he did because when that door closed, the door to MVFCU opened; plus, he never really liked the idea of living in Anchorage.

“It was actually the best thing to ever happen to me,” Strawn said.

“There were no computers [at MVFCU] prior to 1974. When I got here, it was still a very manual process… To see the changes just in the technology alone has been fascinating,” Strawn said.

He graduated from the Western Oregon University with a bachelor’s degree in social sciences with emphasis on economics and business administration. The college was called the Oregon College of Education while Strawn was a student. The college’s name changed to Western Oregon University in 1981, the same year he became the general manager for MVFCU.

Strawn said that he never really lived in a small town before and Palmer’s tightknit sense of community and its cozy, quaint feel helped convince him to stay here. He said that for many years, he walked to work because he lived right downtown.

“I actually fell in love with Palmer,” Strawn said.

Now, Strawn lives on Lazy Mountain and he’s in a happy marriage with 6 children and seven grandchildren. He’s an active member and serves on the board of elders at the Lazy Mountain Bible Church.

“We have a little slice of heaven up there,” Strawn said.

Strawn said that this summer will be his first summer in Alaska without having to report to work. He aims to do some gardening, fishing, take care of some projects around the house, spend more time with his family and do more work with his church.

Faith is a big part of Strawn’s life. He said that about halfway through his career, he had a spiritual “rebirth” that left him with a stronger connection to God.

“I just surrendered my life to Jesus Christ and it made all the difference in the world. It changed my life. It was like a rebirth, a new birth,” Strawn said.

Strawn has worn many hats in his community over the years. He took on various roles in Palmer and surrounding Valley, which includes time with the MSB Assembly, Greater Palmer Chamber of Commerce, Matanuska Telephone Association board, Valley Hospital board (before it became the Mat-Su Regional Medical Center), and Rotary (Wasilla Noon Club).

Strawn said that he aims to get involved with more groups from the community in the future but he hasn’t committed to anything yet. He said that he’s focusing on his newfound abundance of time and wants to spend quality time with his wife after working countless hours for many years.

“I really enjoy having more time with my wife too. She’s been very patient with me,” Strawn said.

This article was published by the Mat-Su Valley Frontiersman.

One comment on “WOU in the News: Matanuska Valley Federal Credit Union CEO Retires After 43 Years of Service”