Home » WOU in the news » WOU in the News: New Venture in Philomath Offers an Opportunity to Unleash Creativity 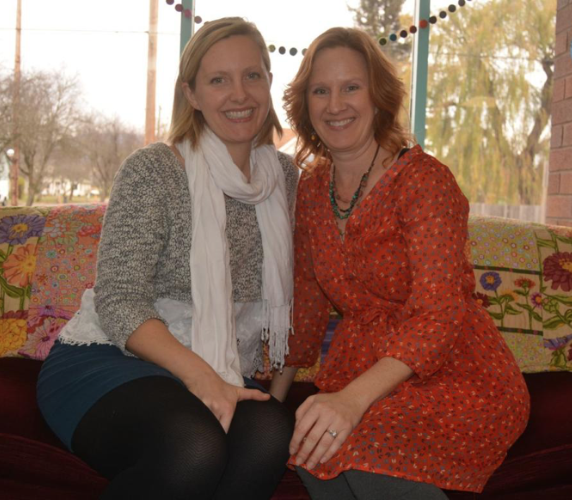 During their formative years, Lori Paul and Chelsea Kirkaldie each had experiences that led to discovering their artistic selves. Family members and art teachers were among those early influences that instilled a love for creativity that continues to this day.

With a nonprofit venture they’ve called MAXtivity now open in Philomath, they hope others will find the same type of inspiration while discovering their own artistic and creative talents.

Paul, 45, said both she and Kirkaldie, 38, each came up with the maker space idea separately a few years ago. Through experiences with artist friends, Paul developed a vision.

“Over the years, I’ve just realized how important art and being creative is to the average person and I thought, well, how great would it be to have a space where we put all of those supplies and tools in one location and so many talented friends that could share their skill sets and bring those people together with others who desire to learn those different skill sets,” Paul said.

Kirkaldie, a mother of four with children ranging in age from 1 to 14, believes the concept will work well in the Philomath-Corvallis communities.

Added Paul, “When we are creative, it does something inside our inner souls. Because we were made and created, in my opinion, by an awesome God who made each one of us unique, it’s the very essence of who we are to be creative because we were created so uniquely ourselves.”

Kirkaldie believes there is a “maker space movement” of sorts going on, although many of them revolve around things like woodworking and metalsmithing. But more and more like MAXtivity have focused on fine arts and textiles.

“We’ve already had an overwhelmingly positive response from artists who have walked in the door who want to teach a class or get involved,” Paul said. “When I was starting to churn this idea in my head and hearing others talking about wanting that place where they can make and create and really feeling a momentum going both in Corvallis and Philomath as far as a maker space, it really encouraged me to move forward.”

MAXtivity had a soft opening Nov. 18 and is planning to organize a grand opening sometime early next year.

The organization, which has applied for nonprofit status, is also in the process of filling out its board of directors.

“It’s very much evolving as we speak,” Paul said. “We’re really looking for key people who are business-minded and financially-minded. We had our first board meeting a week or so ago and adopted our bylaws and articles of incorporation.”

Aaron and Lori Paul decided to purchase the property at 1604 Main St., instead of leasing.

“It made the most sense versus leasing in terms of a good investment for our money,” she said. “We had looked at Corvallis but it was just too expensive and as we were looking for other places close to Corvallis, we saw that Philomath was really up-and-coming and having a lot of new, exciting growth happening with Nectar Creek and Softstar Shoes and Dizzy Hen and all of the building that’s going on. It just seemed like this really has a lot of potential.”

Philomath sits in the middle of a vast artistic community, something that becomes very visible each fall during the Philomath Open Studios tours. They hope to create partnerships with schools, the library, the Arts Center in Corvallis and other organizations.

Paul said that when she was very young, her mother taught her arts and crafts, including sewing and quilting. She eventually realized that she wanted to become a teacher with a focus on art. An art teacher she had in high school was an influence.

In fact, Paul said she has a painting that she had done in that art teacher’s classroom that hangs today in her bedroom.

“It’s the most awkward-looking thing because I look at the arms and they’re all skinny and disproportionate,” she laughed. “But he encouraged me and saw potential in me and it was that experience that really launched me into painting in college and pursuing more fine arts and drawing classes and exploring that side of me.”

Kirkaldie said she’s been an artist since she was a little girl and ended up studying art at Western Oregon University. Family members were early influences, including an aunt who opened up a cafe in the Oregon College of Arts and Crafts and a grandmother who had an art boutique in the 1960s.

“I don’t have the space to create and I’ve always had these big, grand fantasies of having an art studio and an art space,” Kirkaldie said. “This space, I think, is going to be really wonderful for people who don’t have the money to rent a studio or a backyard garage to make their paintings.”

Paul gives a lot of credit to her husband, Aaron, for the launch of MAXtivity.

“I couldn’t have done this without my husband,” she said. “He was worked hours and hours and hours to be supportive not only in the building but in this baby of mine and this idea that has come to fruition.”

She also credits volunteers from SCORE and the Small Business Development Center for helping through business counseling.

This story was published in the Philomath Express of Corvallis Gazette-Times and written by Brad Faqua.

One comment on “WOU in the News: New Venture in Philomath Offers an Opportunity to Unleash Creativity”