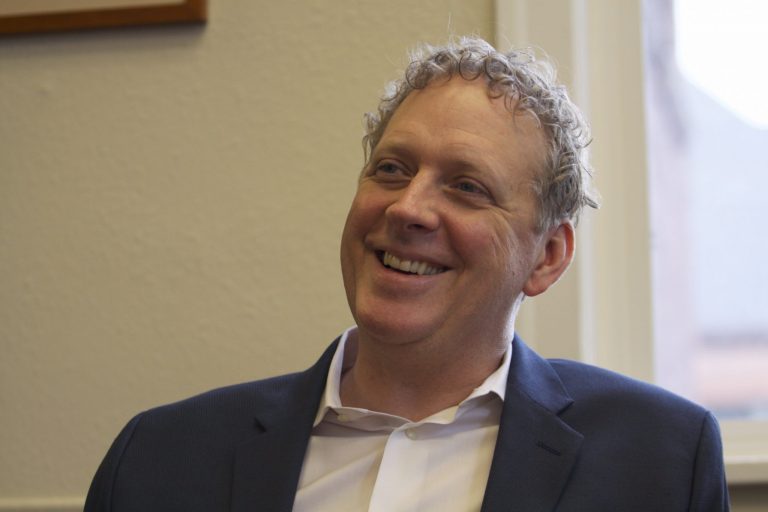 We’re thrilled that Dr. Rob Winningham is now serving as Western Oregon University’s provost. Winningham joined WOU in 2000 as an assistant professor of psychology. Over the years, this homegrown leader moved up the ranks to full professor, chair of the Behavioral Sciences Division, then interim dean of the College of Liberal Arts and Sciences, before becoming provost and vice president for academic affairs.

As provost, Winningham oversees all academic affairs, which includes the College of Education, College of Liberal Arts and Sciences, Hamersly Library, Student Success and Advising, Registrar Office and other services that support academic achievement.

Before joining WOU, he earned his doctorate in neuroscience from Baylor University. Winningham also has a master’s in general psychology and a bachelor’s in psychology with a concentration in human development.

At WOU, his teaching focus has been on cognitive psychology, gerontology, and applied memory issues in older adults.

Provost Winningham sat down with us and played a game of 20 questions. We’re excited to share this interview with you so you can get to know him a bit better. 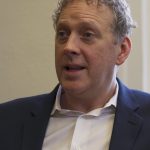 1. Why psychology and gerontology?

I’ve always been fascinated by human behavior. When I was 22 years old, I had a mentor doing important work implanting false childhood memories in college students.

We started doing work to see if we could plant false memories. People were being convicted on the basis on memories that were dormant for decades and we wanted to see if it was possible to implant false memories. After that research, some state laws were changed and the judicial system was more careful about evaluating the accuracy of these types of memories.

I transitioned into eyewitness memory and how people remember crime scenes. When I completed my degree, all the interesting work had been done. I was an expert on memory and I thought about aging and memory so I did my doctoral dissertation on that. I spent an entire year studying older adult’s memory and learned there were a lot more new discoveries to be made. 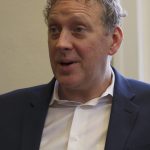 When I first got to Western, I had a research assistant collecting data in an assisted living community in Salem. We became aware those people were largely just sitting there, not being engaged, so I focused on cognitive and mental stimulation and have been doing that work ever since.

2. What are your favorite hobbies?

I don’t have enough time for my hobbies and have too many hobbies for my available time. Skiing is one of our favorite hobbies in the winter and we’ve probably gone skiing 15 times this year. I’m going to take four kids skiing this weekend. In spring, summer and early fall, it’s road biking through the beautiful Willamette Valley. We also have a ski boat and love spending time on the lake. I’m already thinking about vacation time this summer with my family. 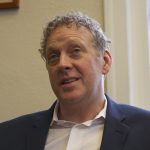 The harder I work, the luckier I get.

4. What’s a book you would recommend to everyone?

Clan of the Cave Bear.

5. What advice would you give to incoming freshmen?

The first thing is, show up to every class and realize the syllabus is the most important document. Half the questions students have asked me as a professor, the answers were in the syllabus. 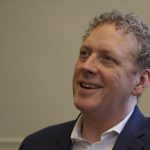 6. Did you play sports in high school or college?

I played football. I was a tight end. On the swim team I was a long distance swimmer and did the 500. I was a javelin thrower for track and field. It was the easiest because I had to wait until everyone had left so I didn’t hit anybody.

It’s about networks and connections. A lot of the best jobs aren’t going to be advertised. Students have to go out of their way to make connections. Choose a club or two and make the most out of it. 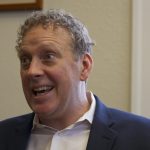 I see the connections on LinkedIn as being really important. It seems like something a lot of students might not be interested in, but students should start creating an online presence. I’ve seen people all over the world be thoughtful, write, and publish on LinkedIn or their blog and opportunities open up for them.

8. What is your favorite part of being a professor and provost?

My favorite part of being a professor is not what most people think. It’s the advising. It’s one of the most rewarding aspects. We have as many as 40 advisees in psychology. Advising is an opportunity to motivate them. Every situation is different and it’s a way to help them find new opportunities for a career, practicum, or internships.

This is followed closely by creating new lectures. They’re the best, the freshest, the most exciting. It takes four-to-five hours of preparation for every one hour of lecture. Many times I’ve walked down the steps of the ITC building and I was like, “Yes! That was awesome!” I want to jump up and down. 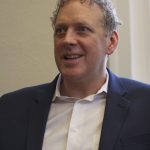 The best part of being provost is doing hard work and watching things come together. Most of the tasks are big and require a lot of people. I’ve been here a long time and know a lot of people and I’ve learned it’s about getting the right people in the room. I’ve had a lot of opportunities to do that recently. The general education reform has been a huge lift for the faculty and has been great because we had the right people doing it and they had the resources and the time. That’s exciting.

By making coffee then I feed the dog and cats. I get up before everybody else in our family then I clear my email. Usually by 5:30 or 6, my email is clear. A lot of people get emails from me in the 5 o clock hour. Then my kids wake up and we help get them ready for school. I made them eggs and a bagel this morning. It’s nice to have that time. 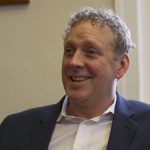 10. What are the best and worst purchases you’ve ever made?

The worst purchase: I didn’t have much money and I didn’t have money for a car. I bought a $500 motorcycle in Waco, Texas. It was out of alignment and it always pulled to the right really hard. The whole time I was trying to prevent the bike from crashing. I had to drive it 15 miles every day to teach at a community college.

The best purchase was the mountain bike I had in college. I just got rid of it after 25 years.

They change over time. When I was an undergrad, it was Dr. Ira Hyman, my mentor. I saw him and what he had done in his life. I thought, if he can do it, I can do it. 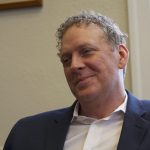 Throughout the years it’s been other faculty and colleagues. Right now, one of my biggest role models is Mike Studer. He’s a physical therapist I’ve worked with a long time. Yesterday, he was up at 3:30 in the morning shoveling snow so people can access his clinic. I try to work as hard as Mike Studer.

12. What is the most useless talent you have?

I can take a nap any afternoon.

13. Which of your personality traits do you find most useful? 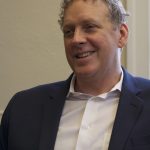 14. If Mars was a livable planet, would you buy a one-way ticket?

No. I love exploring, but I love my home and family and friends and community. I’d be heartbroken the whole time. I taught in China for three weeks and it broke my heart being away from home for so long.

15. What do you miss most about being a kid?

The lack of responsibility.

16. What is the most spontaneous thing you’ve ever done? 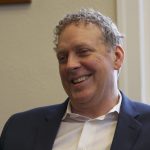 My wife did it but I followed her. On our second date we went on a hike in the snow. We kind of got lost. We saw the car but it was down a mountainside. She jumped over the side and slid down on the snow.

She later told me she had decided she would only go on a third date with me if I jumped over the side and followed her down.

17. Describe yourself in three words 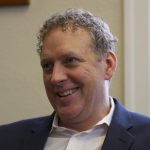 18. What is your favorite joke?

It’s pretty stupid. I had a pencil in elementary school that said, “Why did the elephant stop working for the circus?”

“He was tired of working for peanuts.”

19. If you could teleport where would you go? 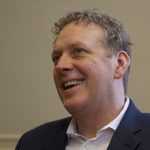 I get asked this question a lot. My answer is different than most faculty. I like Western because upward social mobility still exists here. Bright, hardworking students have an opportunity to better themselves. I think those opportunities are being lost in society now.

At Western, we get to work closely with students. At larger schools, faculty wouldn’t know the students or their name. You probably wouldn’t have a professor for a primary advisor either. Here, it’s a place where you can give them that extra nudge to help students better their lives. You not only change that student’s life, but you can help change their children’s lives and possibly their grandchildren’s lives. That’s the most important part of being at Western, in my opinion.

Thank you, Provost Winningham, for playing 20 questions with us!

One comment on “20 Questions with New Provost Dr. Rob Winningham”