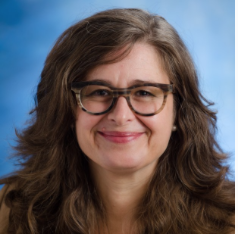 Abate, who has made a career as a program coordinator and consultant for gender equality, violence against women issues and LGBTQ and human rights, is responsible for patient satisfaction. Abate previously worked at Dignity Health in San Francisco and most recently served as the director of patient experience at its Northridge Hospital in Los Angeles.

Kim Baenisch, 52, of San Rafael, announced this week that will be stepping down from her post as executive director of Trips for Kids, a San Rafael nonprofit, after four years with the organization.

Baenisch joined the nonprofit in 2014 as director of operations and worked to implement a plan transforming the Trips for Kids nationwide regional chapter program into a national organization. She was promoted to executive director a year later. Baenisch will work with the board of directors over the next three months to find a replacement. She is expected to remain in her position until the end of March.

This story was published by Marin Independent Journal and written by Adrian Rodriguez.