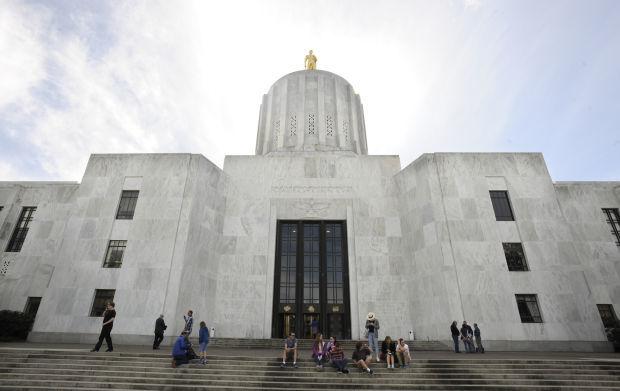 Earlier this year, the Oregon State University Press delivered a gift to every member of the state Legislature: A copy of a just-published book, “Governing Oregon: Continuity and Change,” featuring 19 insightful essays on the state’s politics.

For anyone who’s interested in how Oregon got to this precise political point, a fifth of the way through the 21st century, “Governing Oregon” is essential reading. So it would have been useful for the Legislature to pause its proceedings for a day, to give lawmakers a chance to brush up on the state’s troubled fiscal policy, or to refresh their memories on Oregon policies regarding health care, the environment, agriculture and other vital areas. (There’s even a chapter on the state’s media, truthfully but somewhat sadly subtitled “Doing a Lot More with a Lot Less.”)

The Legislature, as far as I can tell, did not call a halt to its proceedings for a day. But that’s OK with Mark Henkels, one of the book’s four editors, and a professor of politics, policy and administration at Western Oregon University. It will be sufficient, he said in an interview last week, if legislators keep the book stashed in a bookshelf within easy reach.

In some ways, Henkels said, the genesis for “Governing Oregon” dates back to a somewhat similar book in 2003, a period when the state’s political scene was in flux. But Weber pushed for a new book now for a simple reason, Henkels said: “It was time to revisit this, because it’s a different world.”

In fact, “Governing Oregon” begins with an introductory essay by Clucas and Henkels that contrasts the 2003 legislative session (a 227-day marathon marked by partisan bickering) with the 2016 short session, which approved major legislation to increase the minimum wage and eliminate coal as a source of electricity by 2030.

What changed? The authors suggest that the year 2012 marked the start of new period in Oregon politics, which they dub “An Emerging Liberal Dominance?” (Note the question mark.) Two big trends have set the stage for that, the authors argue:

• Changes in the initiative system, making it more difficult to use.

• The ascension of the state Democratic Party as the state’s population shifted decidedly to its urban areas. One result of that is a decline in partisan gridlock in Salem.

About that question mark: Clucas and Henkels note that “the present dominance of the Democratic Party guarantees nothing about the future. The political divide in the state still exists; it is just that the Democratic Party’s unified hold on government has stifled conservative activism.” And, they add, “the rural-urban divide yawns still.”

And here’s another big area of Oregon politics that yawns still: The state’s troubled fiscal policy, which earns an Henkels-penned chapter all to itself.

The editors cast a broad net for contributors to “Governing Oregon,” Henkels said, and Weber sponsored a conference at which the contributors gathered to talk about their work, which helped to avoid duplication. “We also wanted people to have some sense of what other people were doing,” Henkels said.

That effort paid off, as Henkels realized near the end of the project as he settled in to tackle proofreading chores: “I’ll tell you what, it was fun to read.”

The overall goal was not to create a textbook, he said: “We wanted it to be a broad, broad primer about Oregon politics. … We did want that a reasonably informed Oregon citizen would get something out of it.”

“I will say this,” Henkels said. “I think we’re all pretty proud of this.”

And with good reason.

I stumbled last week to my worst performance ever for Oscar picks, staggering to a 15-9 mark. (To be fair, I outlined many of the cases in which I could be wrong — and then failed to follow my own advice.) I missed on picture, actress, original screenplay, editing … oh, the list of misses goes on and on.

And, for the second straight year, I lost my own Oscar contest. Reader Traci Durrell-Khalife, with smart picks for the “Green Book” screenplay, the production design for “Black Panther” and live-action short (“Skin”), trounced me with an 18-6 record. She’ll win a $25 gift card to the local movie house of her choice. I vow to return next year to let another reader take me to the cleaners. (mm)

This story was published in the Corvallis Gazette-Times and written by Mike McInally.