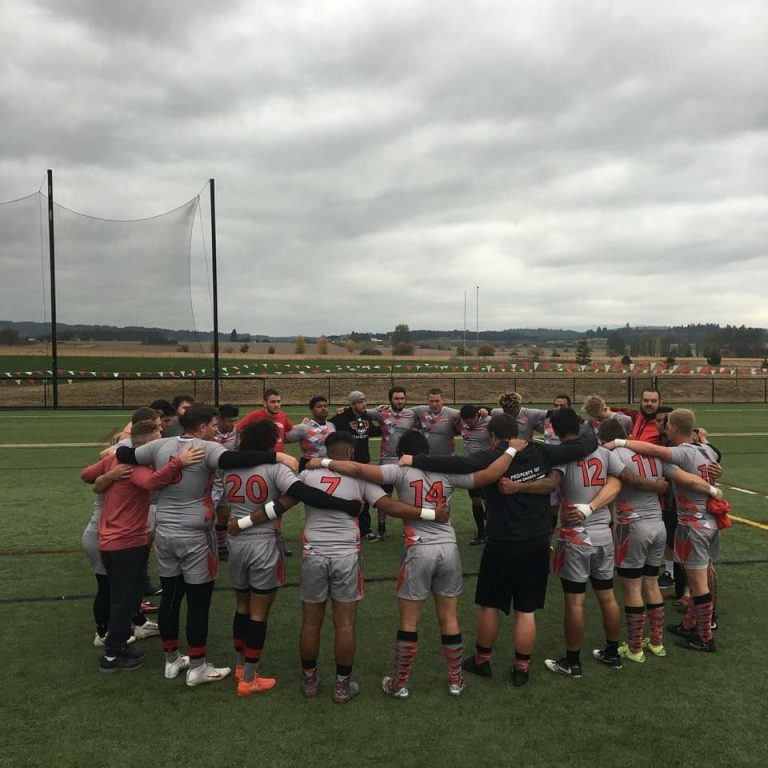 The festivities begin at 10:45 a.m. on Saturday; with the first match of the semifinals between Humboldt and Central Oregon CC at 11 a.m. WOU plays Azusa Pacific at 1 p.m. On Sunday, the third place match will be at 11 a.m. and the championship match at 1 p.m. (with an awards ceremony immediately following).

The championship will be held at WOU’s rugby pitch at 345 Monmouth Ave. N., Monmouth, OR 97361. All games are free and open to the public. Free parking is available in lot J (visit wou.edu/map for directions). Those unable to attend can watch live at wou.edu/livestream.

The winner of the 2019 Challenge Cup Pacific Coast Region Championship at WOU qualifies for NSCRO’s National Championship, on Saturday, April 27 and Sunday, April 28 at Siena College in Loudonville, NY.

About National Small College Rugby Organization
Since 2007, the National Small College Rugby Organization (NSCRO) has been at the forefront of fostering and developing small college rugby programs in the United States. NSCRO is a non-profit organization dedicated to providing services to small college programs that raise the profile, image, and benefits of collegiate rugby in the eyes of school administrators.

Comprised of nearly 400 men’s and women’s college rugby clubs who participate in more than 30 leagues, NSCRO provides an opportunity for these programs to showcase their abilities to a broader audience with a chance at a national title and ranking. Along with recognizing club and player success on and off the field, the increased visibility NSCRO creates has led to improved school support, greater on-campus interest in rugby, and growth in financial support and alumni involvement.