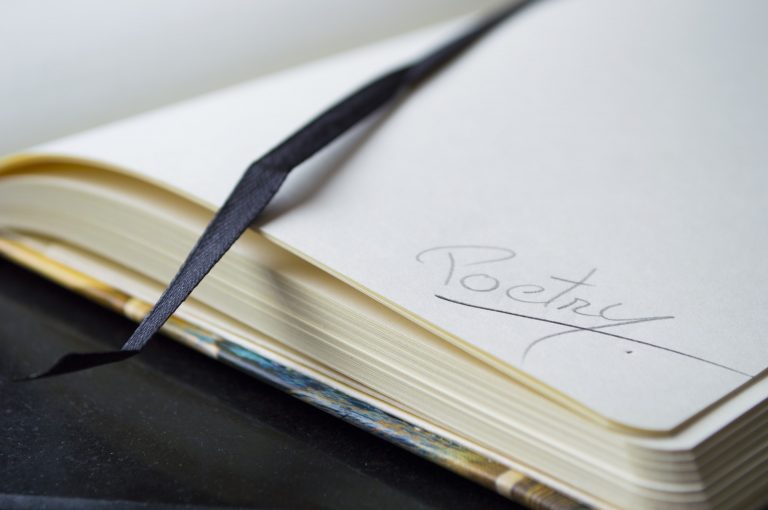 The English Studies Department announced the winners of the 2019 Peter Sears Poetry Prize. The first prize went to Nicole Caldwell, second prize to Tricia Manzano and third prize to Laura Wildfang. The three winning poems are below.

The competition received over 60 poems from students. An English Studies committee selected 10 poems that were forwarded to the final judge, Jennifer Richter, poet and professor at Oregon State University.

“’Coming Home’ is stunning—a powerful reminder that not everyone is lucky enough to hear any ease or relief in that title.  The poem’s single-sentence momentum propels us through each stanza—mirroring beautifully the fluidity with which the speaker moves between familiar and foreign lands, peace and wartime, what’s hidden and exposed, seen and imagined—till we’re delivered to the devastating last line that resonates far beyond the page.”

They shipped us home,

our gun boat slide by,

or that there’s no waking from scanned riverbanks,

shifting eyes and hidden barrels, that in all the waters

of the world, we’ll see heads of unlucky brothers,

in the ripples we cast, graying skin stretched tight

we sometimes heard through rattling palms,

that even eyes clenched shut,

won’t convince us they’re only rocks.

Second Prize: “This Too Will Take Some Time” by Tricia Manzano

what I’m supposed to do

when you tell me lately

I remind you of the moon

You say you miss

the comforting sound of waves

lulling you to sleep

and the moonlit rays

that softly blanket over you

weightless in the sky

You’re unable to reach me

yet I’m glowing among stars

the darkest of my nights

you won’t take it personal

since you know me

for all my phases

You’re unable to see me

as of this moment

Waders make him look even bigger,

water swirls around his knees.

His large arm casts between 10 and 2.

His favorite place, the river.

A fish strikes and tries to run,

If only he was that patient with me.

now around his knees.

I know what the fish sees,

looking up at the towering body from below.

He scoops the fish out of the water.

I wish he held me that way.

He marvels at the colors and size;

releasing it unharmed back to the river.

The small bruises scattered on my arms

have begun to turn purple.

They match the ones that freckle his back

Sitting on the bank

carefully tying a woolly bugger to my tippet.

Fly fishing is done with love.

We go fly fishing all the time.