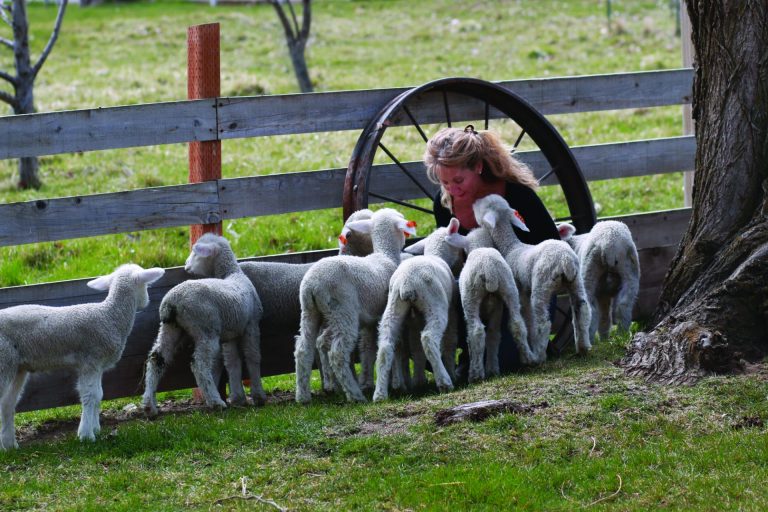 Jeanne (Zumwalt) Carver and her family moved around a lot, following the timber industry’s
demand for new access roads to logging sites.
“My father was a road contractor,” she explained. “He started his own company. It was a
startup way back in the ’50s.”
Carver’s mother was a homemaker, and her older sister was just a year her senior. Their
rural life meant few activities outside of attending school and being at home. Though her
worldview was limited, Carver still is grateful for that upbringing and glad that Monmouth
proved the perfect place for her.
“I never lived in town until I went to college,” she said. “That’s why Monmouth was such a
great fit. It wasn’t quite the culture shock it could have been. It was a comfortable place for me
to be. Still, my horizons expanded, you might say.”
Carver’s sister enrolled at Western Oregon University (during the Oregon College of
Education era) in 1970. Carver followed in 1971, and the two were roommates in the dorm.
Carver harbored a love of sports but had never been able to compete because her high school
in central Oregon didn’t have teams. All that changed at WOU after her sister encouraged her
to try volleyball and cheer and introduced her to the track coach. Her involvement in volleyball
and track and field really threw open the doors on Carver’s world.
“When I started hurdles in college, I didn’t know there was a ‘lead leg’ and ‘trail leg’,” she
recalled with a chuckle. “But in the end, I was able to compete at the highest level of sports for
women in the country, the National Collegiate Championships for Women, thanks to training at
WOU. I had the opportunity to train and be able to measure myself against that kind of a
standard, to travel across the country to compete against the best in the United States. I
gained the confidence to believe that I had something to offer. I used those skills to take me
into a profession where then I could lead other young people to achieving skills and
confidence and learning life lessons, too.”
Carver competed in volleyball and track and field year-round. In the summers that she
could, she returned home to work on her father’s road crew. She spent grueling days running
on foot ahead of a road grader, carrying a shovel, pulling and planting stakes to keep the road
surface even. She chalks it up to great preparation for collegiate sports and her tough
academic path: a double major in physical education and literature, language and
composition.
“I just believed in doing the work in front of you,” she explained. “I don’t like to state big
intentions. I just think if you put in the work, victories will come. If you keep your head down
and do the work, you’re going to win, no matter what the temporary outcome may be.”
Carver had a lot of people at WOU in her corner. She cites faculty members Erma Penwell,
Carol Brownlow and Jackie Rice as major influences in her life. “They set a standard. They
were well-prepared. They were motivators. They were supporters. They challenged you to go
beyond what you thought you could do. (Track and field coach) Don Spinas was an idol to
me.”
After graduation from WOU in 1975, Carver taught and coached women’s volleyball and
track at Willamette University in Salem while earning her master’s degree in education at
Oregon State University. She moved on to run a highly successful women’s track program at
Montana State University during the volatile years surrounding the anti-discrimination Title IX
legislation. A few years later, as the pressure to recruit top athletes, juggle scholarship funds
and generate athletics revenue became distasteful to her, Carver went back to what she
loved.
“I wanted to go back to focusing on young people and teaching so I left collegiate teaching
and coaching,” she said. “I went back to my education roots.” She took a high school coaching
and teaching job at a top-level high school in Tucson and stayed in that role for 10 years
before she met her now-husband, Dan. His wife had passed away, and he and his three
children lived on an expansive ranch near Maupin, Ore. Carver spent a summer at the ranch
while deciding what her future should be. She believed she’d met Dan for a reason.
“I had served teens and kids and schools and communities for a long time, but maybe I was
being called to a new and more intimate challenge, to love and serve this man and his family,”
she said.

Again, Carver’s do-the-work-in-front-of-you mantra came in handy as she learned the ranch
business and raised a family. Despite hard times—in the late 90s, the sheep market collapsed
—Carver met all challenges and now is a well-respected leader in the world of agriculture.
Wool from their historical Imperial Stock Ranch sheep was used in the Ralph Lauren sweaters
for Team USA in multiple Olympic Games, and she has just launched a new company
providing the only Responsible Wool Standard-certified wool available in North America to
clothing brands.
Reflecting recently on her past, Carver cites WOU as the beginning of her stellar rise. “The
lessons from those incredible years in Monmouth, when the world really opened to me… it
began on that campus, with those incredible teams, coaches and professors and classrooms. I
took those skills and those lessons and just shifted them to new challenges. But the methods
are the same.”