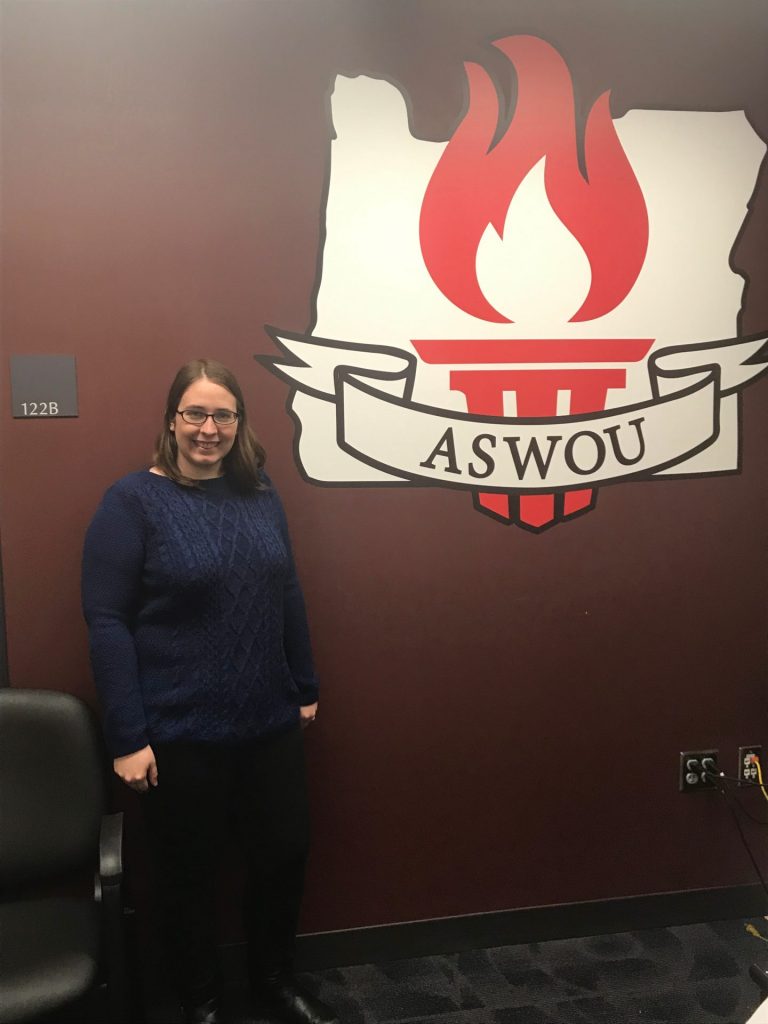 “Leadership isn’t something you go into lightly. It’s a choice. We make a choice to be leaders.”

Felicia Dickinson is a WOU alum who exemplifies student leadership. A native Oregonian and a transfer student from Lane Community College, she attended WOU for three years, with a major in Political Science and a minor in Communication Studies.

Dickinson served as a senator at LCC for two years, to which she credits a lot of her success at WOU. At LCC, she developed a training program for incoming senators, which she was able to then implement within Associated Students of Western Oregon University (ASWOU).

In the 2016-17 school year, she served as an ASWOU senator, and she most recently served as the 2018-19 Director of Internal Affairs. She describes that position as a sort of overseer of the other cabinet members. “For me,” she said, “I make it a priority to guide them into being leaders.”

She mentioned that through ASWOU, she has gained confidence that has affected all areas of her life: “Everything positive in my life is because of student government.”

Last year, Dickinson spoke at TRU Day, which is an event where four universities, WOU, OIT, SOU, and EOU gather at the Oregon Capital to speak with legislators and advocate for students. Dickinson specifically spoke about financial aid, and how financial struggles can hinder students as they go through school.

When asked what the biggest challenge students face in regard to funding their education, Dickinson emphasized the daunting task of receiving loans. She mentioned that “[WOU] is already doing a great job,” but she does recommend advertising scholarships to incoming students, as she feels that they are overlooked as a means of financial aid.

After graduation, Dickinson said she plans to work for the State of Oregon, potentially in a communication related position. Her ultimate goal is to become a speech writer, which she has some experience with; in 2016, Dickinson wrote a speech introducing Oregon Governor Kate Brown. She knows that her work within ASWOU will carry over into her career path, and the confidence she has gained through student government is invaluable.