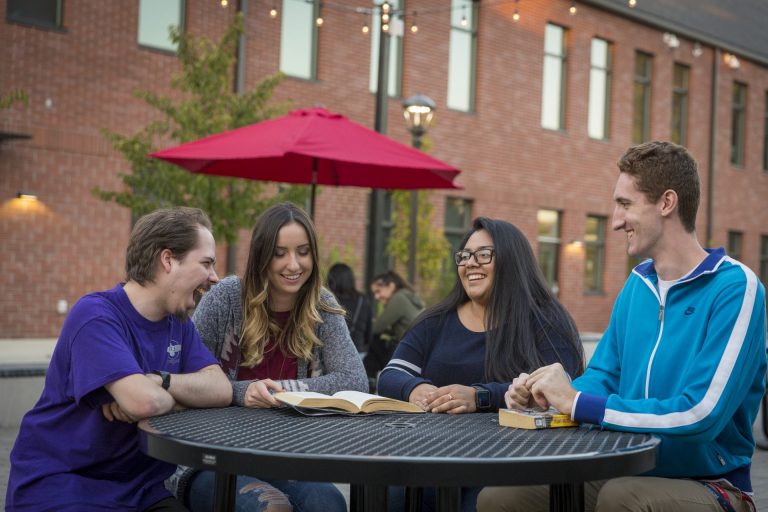 Dr. Kim Potowski is eager to dispel several myths about languages in the U.S. and promote multilingualism.

A professor of Hispanic linguistics at the University of Illinois at Chicago, Potowski is a renowned specialist in multilingualism and the founding director of her university’s Language in Context Research Group.

Potowski will present No Child Left Monolingual at 4 p.m. Thursday, Jan. 9 in the Willamette Room at the Werner University Center. The event is cosponsored by Western Oregon University’s College of Liberal Arts and Sciences and the College of Education.

“Most broadly, I am interested in the promotion of minority languages and multilingualism, particularly via elementary schooling,” Potowski wrote on her website.

WOU College of Liberal Arts and Sciences Dean Kathy Cassity said Potowski’s cutting-edge research and engaging, thought-provoking presentation emphasizes the connections between language and identity and the benefits of multilingualism to both individuals and the broader society.

“Dr. Potowski’s talk should generate new insight and robust discussion on campus about how we can work more effectively to promote multilingualism here at WOU,” Cassity said.

Potowski’s work focuses on Spanish in the U.S., including factors that influence intergenerational language transmission, connections between language and identity, and heritage language education.

“The U.S. has always been a linguistically diverse nation, but the overall climate usually discourages and sometimes discriminates against the use of non-English languages to the point that the grandchildren of immigrants often don’t speak their grandparents’ languages anymore,” Potowski said.

She said this wastes the beneficial resources of hundreds of non-English languages spoken in communities in the United States. In addition, she said, “We don’t do a great job teaching foreign languages to monolingual English speakers.”

Patricia Giménez-Eguíbar, a professor of modern languages at WOU, encourages employees and students to attend the lecture to learn about importance of different languages.

“Knowing more than one language gives students an edge both in hiring perspectives and salary when they are in the job market,” Giménez-Eguíbar said.