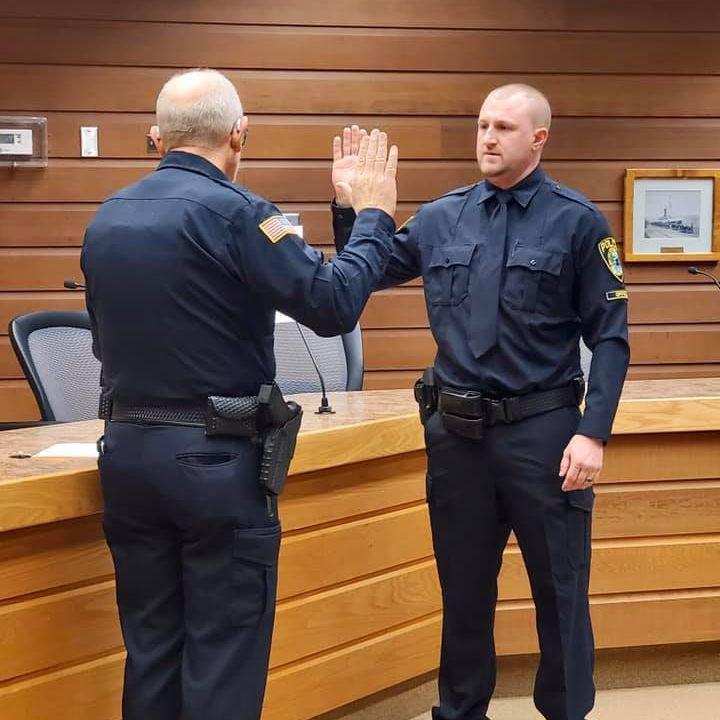 By Nicholas A. Johnson, The World

Rule comes to the Coos Bay Police Department with about 10 years of experience working law enforcement, having spent eight of those years as a police officer for North Bend Police Department.

Living in Coos County for most of his life, he graduated in 2006 from Myrtle Point High School. Rule also attended Western Oregon University where he obtained a Bachelor’s Degree in Forensic Chemistry.

Rule is passionate about DUII enforcement and in keeping roads safe from impaired drivers. Rule is currently a certified Drug Recognition Expert and is very active throughout the county assisting in these types of evaluations. Officer Rule is also a member of our multi-jurisdictional Emergency Response Team and is a Standardized Field Sobriety Test instructor.

Field training for Rule has already begun, during which he will be taught Coos Bay Police Department’s policy and procedures as well as prepare to be assigned to a patrol shift as a solo officer.

Rule is married to his wife Brandi and they have two young boys. He enjoys camping hunting and working outdoors on his in-law’s ranch, but most of all he enjoys spending time with his family.