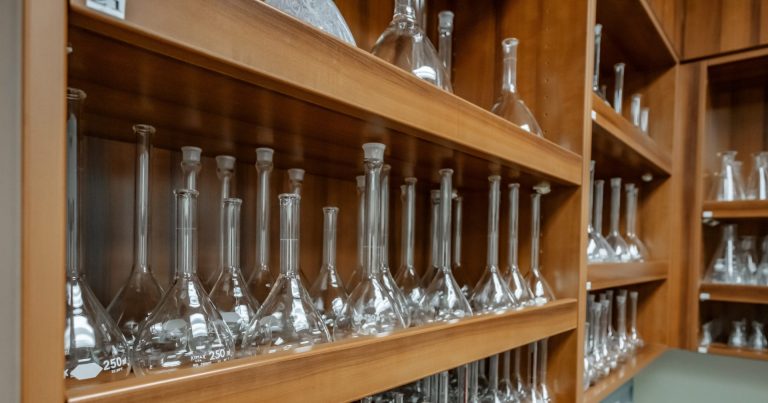 Western Oregon University student Victoria Rhine can’t summarize in a single sentence the importance the FEM in STEM program has had on her journey to complete bachelor degrees in computer science and social science this year. But she can explain how the program is an inspiration to her and fellow STEM students.

“I would not be here if it were not the female role models I observe, the connections with peers I’ve made and really just finding people who are like me in some way,” Rhine said. “FEM in STEM brought us together and provided a space that felt welcoming for sharing ideas, fears, aspirations and to have honest conversations about our experiences.”

FEM in STEM’s mission is to connect and support female, non-binary and other underserved and ally students in STEM (science, technology, engineering and mathematics) fields.

WOU FEM in STEM organizers Breeann Flesch, Kristin Latham-Scott and Leanne Merrill said the program’s focus is on education, support and community connection to tangible STEM role models who have a variety of careers and workforce paths.

“It’s inspiring when students see someone who looks like them succeeding in their chosen field,” said Flesch, a computer science associate professor.

Flesch, Latham-Scott and Merrill invite students, employees and community members to attend the second installment of the FEM in STEM Speaker Series at 4 p.m. Wednesday, Jan. 22 in the Natural Sciences building. The event is free, and refreshments will be served.

FEM in STEM guest speaker Robin Frojen majored in graphic design and her career path made several changes before she earned a bachelor’s degree in food science. She has been a chef and quality assurance manager and now operates the creamery and Beaver Classic Cheese program at Oregon State University.

Flesch said connecting with professionals like Frojen shows students they can navigate their careers during college and after graduating from WOU.

“Our WOU students are incredibly talented and hard-working, and they deserve role models like the ones that FEM in STEM provides,” assistant mathematics professor Merrill said.

Latham-Scott, a biology professor, said the organizers find speakers whom WOU students can identify with in some way, including speakers who have non-linear career paths, encountered male-dominated fields, or work themselves to increase visibility of women and non-binary/trans people in their disciplines. The event begins with educational warm-ups and activities for everyone to learn new vocabulary, concepts and skills.

“When we choose speakers, we work with them to make their topics and presentations applicable to any student who attends,” Latham-Scott said. “We ask speakers to focus on applicable, real-life skills that will help students find a job in their chosen field after graduation and advance through their career path – advice that can help any student, faculty, staff or community member!”

WOU students Lex Anderson, Shay Green, Riley Lamont, Josh Salsbury and Katherine Wallace all have enjoyed attending presentations and learning from guest speakers who have shared stories on how a STEM degree can translate into various careers. They have found inspiration in their fellow classmates, professors and the guest speakers.

Salsbury, a mathematics major, said being an ally doesn’t mean he is doing the women a favor by going to FEM in STEM events. Instead, he said, it means that the women can inspire him equally as much as anyone else.

“FEM in STEM is a fantastic program that provides us awareness about the barriers women face in STEM fields, educates us on how to be better allies and empowers us against these injustices,” Salsbury said. “In my opinion, there’s no better way to learn about these issues than to hear someone’s personal experience.”

Anderson said the FEM in STEM talks provide attendees examples of success that deviate from the archetypal models typically represented.

“The FEM in STEM group is a valuable campus program because it provides a chance for us students to hear about the struggles and obstacles others have faced on their paths to STEM careers,” Anderson said.

Wallace, a math major, knows she’s not alone when she shares how the FEM in STEM events are a meaningful and necessary staple at WOU.

“The FEM in STEM events are impactful to me as both a woman and a college student pursuing a career in the STEM fields. I think it’s important to see women represented in such male-dominated fields,” Wallace said. “It reaffirms that we belong and are here to stay. I also enjoy the talks because they lend so much information about what is out there after graduation.”