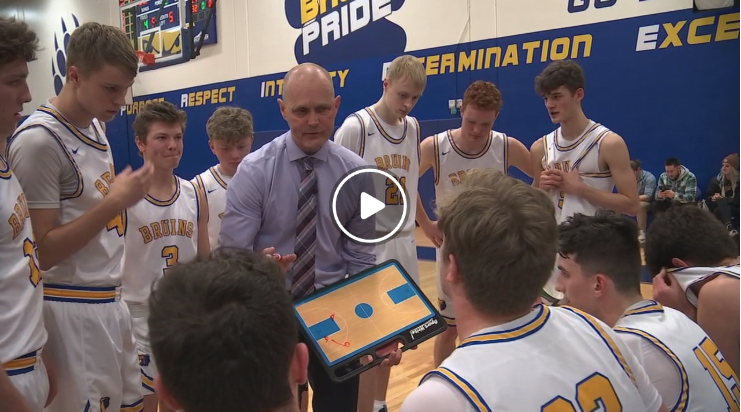 GRESHAM, OR (KPTV) – He is a true living legend in the Oregon coaching circle and a pillar in the Gresham community at Barlow High School.

His assistant coaches have joked about him being the winningest coach in the state to never win a state title. While that is true, the legend of Tom Johnson, known as TJ, nears a career milestone that is four decades in the making.

The big guy on campus has been at Sam Barlow High since 1987.

“Some of TJ’s plays, he’ been runnin’ since ‘85 and they still work to this day,” said senior Evan Inglesby.

A cancer survivor, TJ was able to savor the years coaching his two sons. Drew and Jared still attend every game, and not only does Johnson coach alongside some of his former players, but the kids of those kids have come through the same gym doors.

“He’s an icon and someone I really look up to,” Inglesby said.

The Roosevelt High School and Western Oregon grad is in season 40 with more than 590 career wins, but who’s counting? Not Johnson.

“I think sometimes we need to focus on the process more than the result,” he said.

The language arts teacher, who began his career at Lebanon High in 1980, is an avid reader and podcast listener.

Always be learning and always be teaching – it’s the only way TJ knows.

“Before every practice he will give us these Bruin briefs. It’s life stuff. What kind of person do you want to be? What kind of teammate? How do you approach people? It’s bigger than basketball for him,” said White.

Johnson said, “Really, I look at competitive athletics as an opportunity to emulate life in itself. There is a lot of happiness, there is also a lot of frustration. There’s a lot of tears and a lot of joy.”

The joy of coaching has been his joy in life, leading thousands of men the Barlow way.

“Don’t get it twisted, we want to win, we are striving for that but at the end of the day, only one team is going to win every year and we are homegrown so it’s not like we recruit anybody and he’s done everything the right way,” White said. “I say, stay tuned for that 600th win because when that happens, it’s going to be a party.”

Know your history – victory No. 600 on the Barlow trail could very well arrive before March Madness rears it’s beautiful head as the Bruins have made the state tourney 30 years in the row.