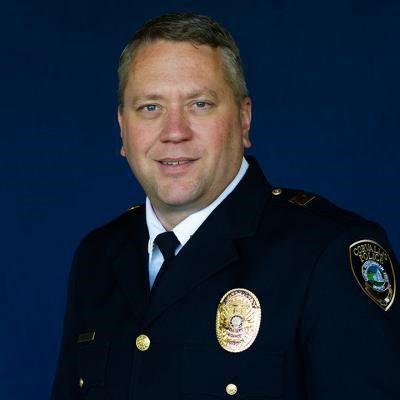 Nick Hurley has been tapped to succeed Jon Sassaman as chief of the Corvallis Police Department, the city announced on Tuesday.

Hurley, who currently holds the rank of captain, will take over leadership of the department when Sassaman retires on June 30.

He has more than 20 years of experience in local law enforcement and is a 2019 graduate of the FBI National Academy. He holds a bachelor’s degree in American Sign Language and English interpretation from Western Oregon University as well as a master’s degree in university administration from Oregon State University.

Hurley was instrumental in developing the framework for the countywide service district, approved by voters in November to fund improvement and expansion of emergency communications services.

Sassaman is retiring after a 32-year career with the department. He has been chief since 2012, when he succeeded Gary Boldizsar.

“This has been an exceptional city and community to work for, and I’ve been fortunate and honored to serve alongside the wonderful staff within the Corvallis Police Department,” Sassaman said. “I know it’s time for me to pass the torch and allow Capt. Hurley to continue and advance the department to its next level of success.”

Sassaman expressed confidence that he will be leaving the department in capable hands.

“Capt. Hurley brings many years of policing, training and leadership to the position, as well as being a highly relational person,” he said. “His presence and critical thinking will serve the city and community well into the future.”