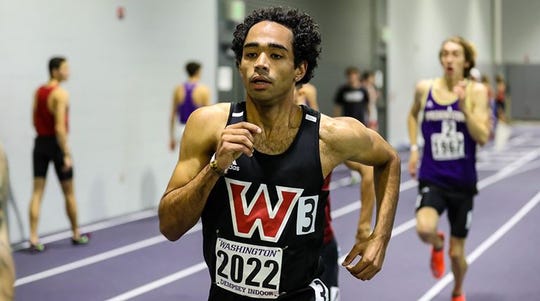 Derek Holdsworth put forth a record-breaking performance over the weekend for Western Oregon as won the 800-meter race at the University of Washington Invitational with a time of 1:47.74.

Holdsworth won the event in Seattle but also broke the Western Oregon and Great Northwest Athletic Conference record in the race. His time won the race and tied him for the third-fastest among all collegians this year and ninth in the world.

Holdsworth becomes the second athlete from Western Oregon to be named National Athlete of the Week in the indoor season.