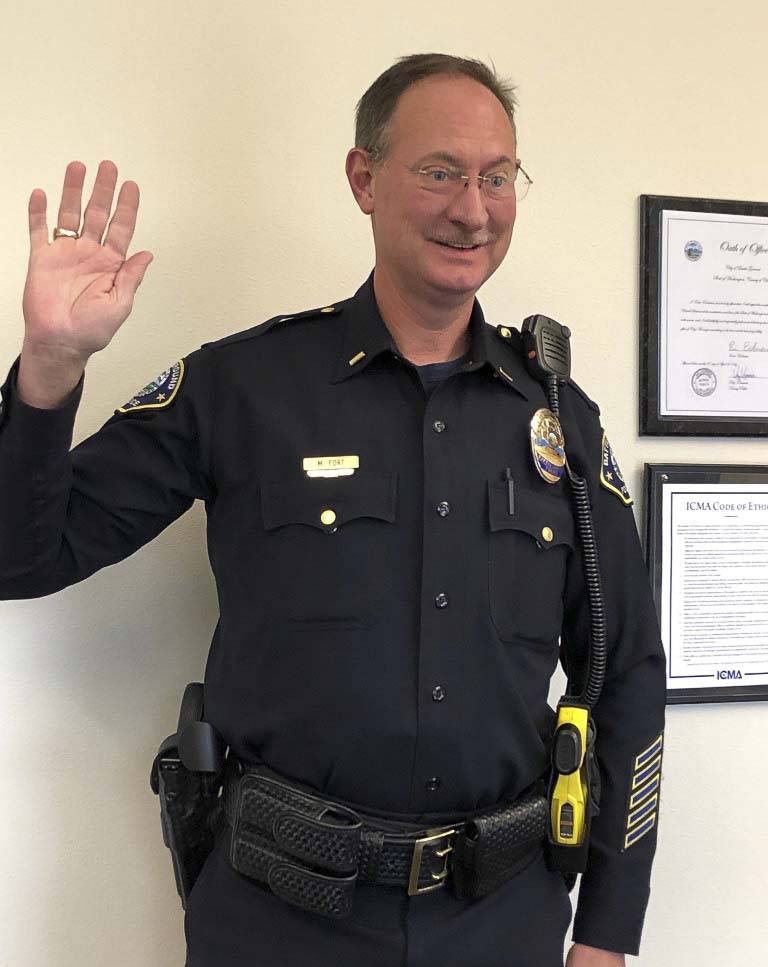 “Chief Fort’s extensive knowledge, experience and proven leadership, along with the relationships he has developed in our community, prepare him well to serve in this new role,” said Erdman.

Chief Fort is a 28-year veteran of law enforcement. He served the Portland Police Bureau for 26 years working in the Youth Services Division, as patrol watch commander, as a member of the Rapid Response Team, in the Traffic Division — motorcycle detail. He planned law enforcement detail for special events and served in the Standards and Accountability Unit. He has served as lieutenant for the Battle Ground Police Department since 2018.

A native Texan, Chief Fort grew up on a farm and attended Texas A & M University. In 1988 he moved to the Pacific Northwest. He earned a B.A. in English, with a minor in Spanish from Western Oregon University. He is a graduate of the FBI National Academy – a professional course of study for law enforcement managers nominated by their agency heads because of demonstrated leadership qualities. In 2016, he earned a Graduate Certificate of Achievement in Criminal Justice Education from the University of Virginia.

Chief Fort resides in north Clark County on a small farm. He enjoys many of the recreational opportunities the area offers — fishing, backpacking, snowshoeing, biking, motorcycling, running and camping.