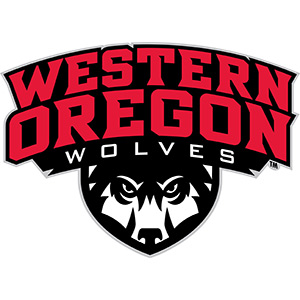 Jim Healy ‘75, ‘82, retired last July after 39 years in education as a high school teacher, counselor and administrator, most recently at Southridge High School in Beaverton. He lives in Hillsboro with his wife, Mary.

Jerry Moore ’77 has retired after 43 years in law enforcement, the last 14 as chief of police in Salem.

Tony Crawford ’80 is retired but works half the year in Egypt, where he serves as the academic dean for the Modern American School of Egypt in Cairo.

Steve Luby ’87 continues to serve as the associate head coach for the Mohawk Valley (N.Y.) DiamondDawgs. The team won the Perfect Game Collegiate Baseball League Championship in 2015 and 2017.

Phil Wright ’93 is now editor at The Observer newspaper in La Grande.

Ryan Young ’93 has been named the assistant director of the Directorate of Intelligence at FBI headquarters in Washington, D.C. Young most recently served as the special agent in charge of the Counterterrorism Division in the Los Angeles field office.

Stacy Collins ’98, ’01 coaches the secondary at Utah State University. Previously he had coached the running backs and served as special teams coordinator. Collins has been at Utah State since 2016.

William “Bill” McLaughlin ’99 has been named fire chief in Ketchum, Colo. He is considered one of the nation’s technical experts on wildland-urban interface issues concerning fires.

In September, Lisa Canaday ’02 won the Extra Yard for Teachers award from the College Football Playoffs Foundation. The award came with a $10,000 prize.

Kriss Dammeyer ’03 is founder and executive director of Made to Thrive, a nonprofit organization in Hermiston. Founded in 2014, Made to Thrive helps vulnerable youths in the community by giving them opportunities to engage in sports, adventure activities, music and the arts.

Justin Olson ‘05 is the new CEO of USAgencies Credit Union in Portland.

Anthony Taylor-Weber ‘06 and Jamie Taylor-Weber ’07 started their company Outdoor Office LLC, based in Sherwood. The company sells “she-sheds” and other custom outbuildings.

Joshua Riley ’07 is the head baseball coach at Sheldon High School in Eugene.

Lesley Tamura ’10 is a successful pear grower along with her family in Hood River, after teaching for 10 years.

Chris Rule ’11 in January was sworn in as an officer for the Coos Bay Police Department.

Kelsey Castrey ’12 was promoted from junior associate to associate at Vancouver (Wash.)-based Westby Associates, Inc., a regional fundraising consulting firm. Castrey has been with Westby for nearly six years.

Lindsey Johnson ’12 has been hired as head softball coach at Scappoose High School.

Kelly Hartman ‘13 was the featured artist in an exhibition at the SinClair Gallery at Northwest College in Powell, Wyo. The exhibit was titled Moth to the Flame and featured a series of self-portraits. Hartman is a painter and printmaker who earned a bachelor’s in painting and now works as the curator at the Gallatin History Museum in Bozeman, Mont.

Anthony Preston ’17 is a police officer with the McMinnville Police Department.

Greg Macias ’18 has been promoted to branch manager of Oregon Coast Bank’s location in Pacific City. He started at the bank as an intern and worked his way up through a variety of positions.

Lucas Sinclair ’18 was hired as a police officer at the Philomath Police Department.

We’d love to hear from you! Please submit your class notes (be sure to include your graduation year) at wou.edu/alumni