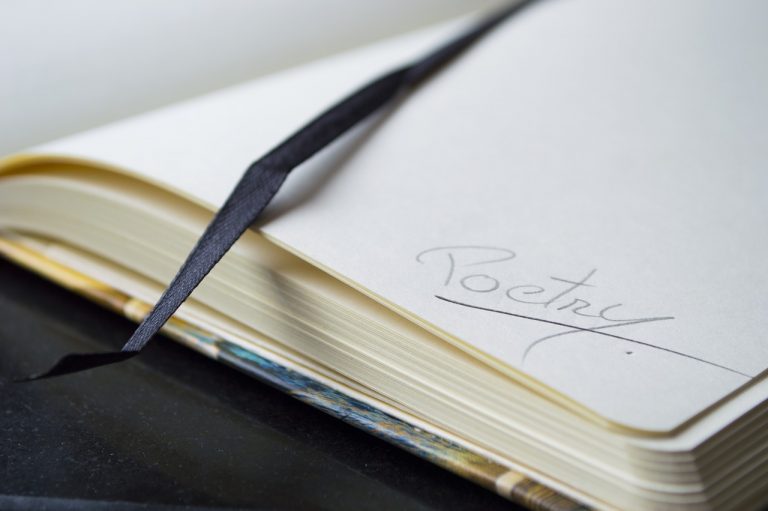 To close out National Poetry Month with a celebration, winners of the 4th annual Peter Sears Poetry Prize were announced today. Congratulations to the these student winners:

Second Prize: a spell for revenge by Cheyan Swan

The poems (included below) will be published in PURE Insights, WOU’s undergraduate academic journal and the first prize winner will receive a $200 cash prize.

Sixty entries were submitted for this year’s contest. WOU’s English Studies Department sponsors this prize to celebrate the work of student writers in memory of Oregon Poet Laureate, Peter Sears (1937-2017). A department committee selected 10 finalists that were sent to their final judge, John Sibley Williams, a distinguished Portland poet.

Lightest olive,
veiny, lean, muscular,
not an ounce of anything
that doesn’t spell hard labor.
Thick, knotty purple scar
lazing under his elbow like
a drowsy purple caterpillar.
V-shaped for violence,
and the broken bottle that carved it.
There are others—
strange, bruise-like,
tokens of methamphetamine
or a life waged in the wooly outdoors.
Each I kiss like fresh wounds,
monuments etched to say:
Look how much he knows.

a spell for revenge

toss a pinch of salt over your left shoulder.
diffuse heady smoke of burning white sage.

(for the junior who catcalled me in a freshman hallway)

offer a hushed, urgent prayer to the goddess.
press and preserve three small asters for patience.

(for the boy who touched me in biology)

streak dollar store eyeliner down flushed
cheeks, running in watery rivulets.
press your fingertips to the ink and
smear. prepare for battle.

(for the drunk who crooned vulgarity while
waiting behind me at a safeway, breath reeking
of piss-poor beer)

rub blood on your chin and
grow your nails into claws.
wrap your body in linens, protect
against the frigid, biting wind.

(for the man who groped me in a
disney world crowd, four steps
behind my dad)

squeeze blades of grass into yellow
pulp, feel the earth on your tongue.
no weapons, only wit and spite.

(for the predators who handed me shame,
claimed it was my burden to bear:
you are a speck in this yawning void
of a universe)

may our fear now grip you.

Children playing in the fields weave crowns
of daisies with paper thin petals and centers like suns
and they adorn innocence with small marvels.

The older children string together chains of receipts
the confetti of advancement weighing on work-laden tendons
and the chains get longer with every bill and tax –
strangled tired body with rows of subtracted numbers.

So I purchase factory-made fake flowers from the craft store
using grimy coins scrounged from couch cushions and tip jars,
and I make that chain a little longer to adorn a weary head
with what won’t die in so short a time.