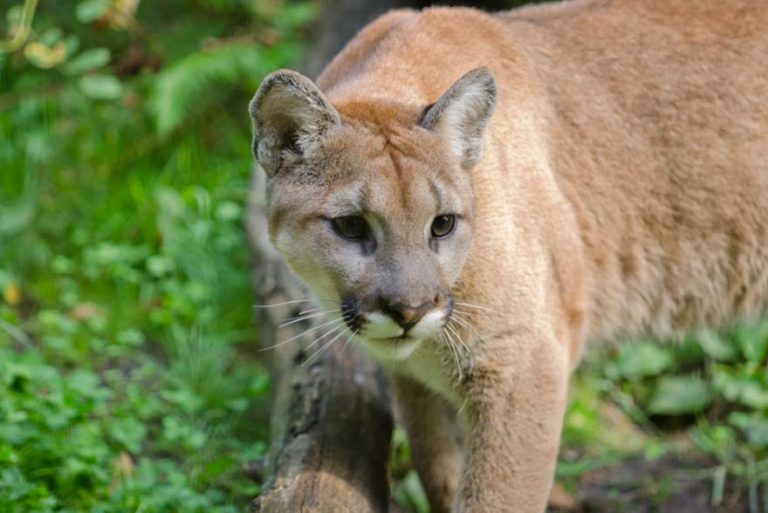 Western Oregon University Biology Instructor John Laundré advocates for an animal too often viewed as bloodthirsty and dangerous. A world-class ecologist, Laundré is a cougar biologist who is devoted to defending an animal he believes is misunderstood.

“Cougars are the shepherds of ecosystems, keeping herbivores in their ecological place. Time after time, it has been demonstrated that removal of predators leads to ecological destruction,” he said.

Laundré has studied cougars, wolves and coyotes in the U.S., and he is the author of Phantoms of the Prairie: Return of Cougars to the Midwest. A well-known blogger, lecturer and media source, Laundré is working on his second book, The Guardians of the Forest, about why wolves and cougars need to be returned to the East.

Working with researchers at California State University, Sacramento, Laundré recently published a study in the online scientific journal PLOS One about the ineffectiveness of using sport hunting as a management tool to control predators, such as cougars. Their research involved analyzing records from wildlife agencies in 10 Western states and finding there is no evidence that sport hunting cougars has produced desired outcomes including protecting livestock.

Instead, hunting of the cougar provides only a recreational opportunity. Hunters, ranchers and some of the people who live in or near cougar habitat say that hunting should be increased because cougars threaten their safety and that of their pets and livestock.

Laundré’s study is not the first to investigate the idea of hunting predators, but it is the first to compare cougar management across 10 states. “My study found hunting had little to no effect on prey animal densities,” he said. “Recent studies out of California, where cougars have not been sport hunted for over 40 years, clearly demonstrate that cougars there, even living close to human habitation, still run at the mere sound of our voices. We don’t need sport hunting to keep them afraid of us. Nor, as again in a comparison with California, does sport hunting reduce cougar-livestock issues.”

He works with advocacy groups such as Predator Defense and Oregon Wild that say cougars are a necessary part of the ecosystem and shouldn’t be hunted at all. He knows his research isn’t well received by state agencies.

Laundré said conservationists recognize conservation must be inclusive. “Society as a whole must participate in conservation efforts to be successful,” he said

Growing up on a dairy farm in Wisconsin cultivated Laundré’s interest in animals. He recalls fond memories of exploring the forest near his home. He received his bachelor’s degree from University of Wisconsin, Green Bay, a master’s degree from Northern Michigan University, and Ph.D. from Idaho State University.

“I didn’t know what I wanted to do to make a living when I started college,” he said. “I call it a series of luck that guided me through my career and education. I worked in the areas studying ecosystems starting with small mammals and gravitating to studying cougars.”

Whether it was paddling a canoe or snowshoeing looking for tracks, Laundré has enjoyed every minute of studying ground squirrels, coyotes, bears, cougars and more. Laundré said his research has shown that each animal plays an important role in the well-being of the ecosystem.

“I have looked at the data and relied on science that show predators are the most important part of a healthy ecosystem,” he said.  “If we remove predators, we destroy our ecosystem and the diversity of things becomes out-of-control.”

He pointed to places throughout the United States where there are few cougars, resulting in an increase of the deer and elk populations. He’s disappointed that some of the great conservation achievements of his time are being undone by current anti-predator policies and attitudes.

“Lions, wolves, bears, coyotes and countless other species are being painted as evil, bloodthirsty killers. They are depicted as being unable to control their violent urges, that these creatures are destroying our ecosystems and must be eliminated,” he said. “These views couldn’t be any more backwards. Man is the only out of control killer, the only one who kills for fun, the only one who needs to be stopped.”

He’s quick to address his concerns that the work his generation did to restore ecological sanity are being rolled back to return to the “Dark Ages” of how society views wildlife management.

“They want to deny the facts, because the facts don’t really work with what they are trying to accomplish,” he said. “They are doing this with the age-old technique of again demonizing predators by referring to them as bloodthirsty, vicious and weeds in the garden.”

He knows his research ruffles many people’s feathers. He doesn’t care because he’s angry about what’s happening to the world’s ecosystems. “I believe it’s necessary for someone to do something,” he said. “I can’t just play along and say what is happening is OK. It’s important we all work together for ecological stability. In the end, we all depend on healthy ecosystems to survive and maintaining predators in those ecosystems is the only way of maintaining ecosystem health.”