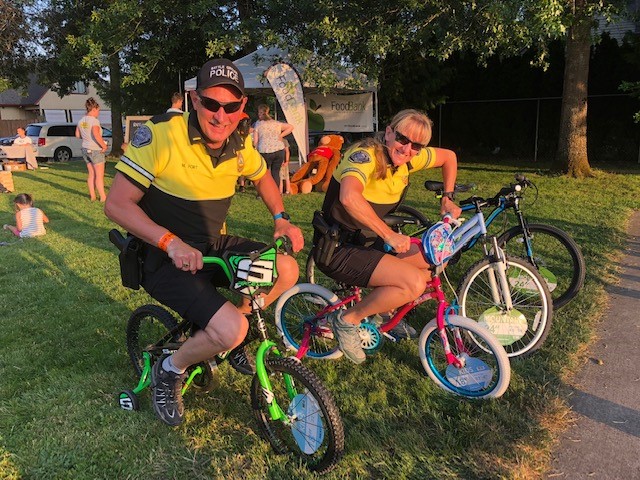 Western Oregon University alumnus Michael Fort ’96 has delivered pizza, driven trucks, waited tables, worked on a farm, served in the Marine Corps and dazzled the airwaves as a DJ.

He knew he wanted to achieve more. So Fort moved to Oregon in 1988 and started WOU as a non-traditional student.

“Initially, I was going to be a teacher. That’s why I chose WOU. Then (I wanted to be) an attorney, so I majored in English,” said Fort, now 56. “I took a few criminal justice classes as electives toward the end of my college time. I eventually chose law enforcement as a career because it offered the most diverse work of anything I could imagine.”

Fort advises students seeking careers in law enforcement to look for internships or work study jobs that allow them to learn about the police culture. He also recommends students volunteer at a police department or go on a ride-along with an officer.

“Over the years, I have sat on interview panels with dozens of potential new officers,” Fort said. “The ones who stand out are the ones who invested in learning the culture as well as the laws and procedures. You can do both while in college.”

His achievements in law enforcement include serving as the chair for the National Training Committee in charge of creating a worldwide Gang Resistance Education and Training program. That program trained law enforcement professionals in 11 Western states

“I culminated my professional training by attending the FBI National Academy in Quantico, Va., in 2016,” he said. “The FBINA is an executive law enforcement training academy where less than 1% of all law enforcement officers are given the opportunity to attend.”

As police chief, his goals are to expand community outreach by continuing to build good relationships with schools, businesses and other groups. By doing this, it provides community members an avenue to provide feedback and share their ideas with the police department. He also is focused on training the next generation of law enforcement professionals.

“When I was a new police officer, I got to serve citizens who needed help and didn’t know what else to do but call the police,” Fort said. “As a police chief, I get to help the police officers become better servants to the community while also helping them become the leaders who will eventually replace me.”