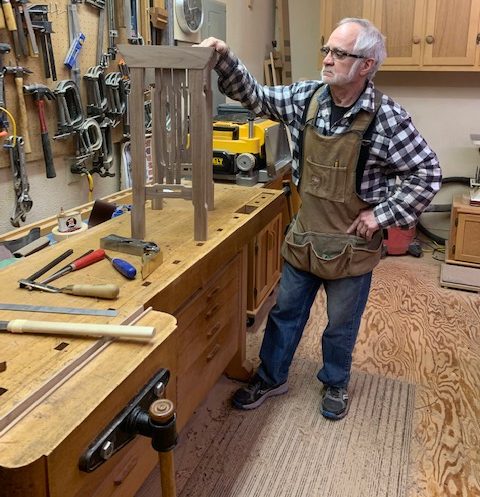 Dr. Micheal Morgan ’70 has a simple explanation for why he goes above and beyond in everything he does.

“It’s innate,” he said. “I was raised to work hard, do a good job, help others and do what’s right.”

The recipient of the 2020 Alumni Award of Excellence, Morgan has been a  staunch supporter of education in Oregon, and he is an impeccable example of  the quality educators who have graduated from WOU. He has a reputation of leading by example as a teacher, coach, administrator or volunteer.

Morgan said that although it’s nice to receive recognition and appreciation for his work, one should never do things in search of awards.

“A saying I heard a long time ago is ‘If you have to tell people how good you are, you probably aren’t.’ I know several past recipients of the alumni excellence award, and I am honored to be considered on a par with them,” he said.

Micheal Morgan and Jan Morgan ’72 believe their time at the university played a large role in their rewarding careers as teachers and administrators and in their 50-year marriage.

“OCE truly shaped the way we think about the world, students, education and treat and value other people,” Morgan said.

Morgan grew up and attended school in Dayton in a family that was sometimes strapped for resources. He chose OCE after receiving a $1,000 scholarship.

While earning his Bachelor of Science in Mathematics Education, Morgan competed as a varsity wrestler, belonged to several campus clubs including the Blue Key National Honor Fraternity, served in the National Guard, maintained an excellent G.P.A. and was one of two students recruited by Dean of Students Jack Morton to serve on the original Student Conduct Committee.

His career path includes earning his Ph.D. in Science Education at Oregon State University and co-authoring a mathematics textbook. He worked at McNary High School, Linn-Benton Community College, the Technical Institute of Naval Studies for The Royal Saudi Navy in Al Khobar, Saudi Arabia, and Chemeketa Community College. He retired in 2003.

“The time my wife and I spent in Saudi Arabia gave both of us an expanded view of the world,” Morgan said.

The Morgans worked with others to organize the funding for the new Jack Morton Memorial Lobby. Morgan is the vice chair of the WOU Foundation Board of Trustees.

“We volunteered to raise money to have the lobby of the new Welcome Center named after Jack Morton because he was influential in both mine and my wife’s lives,” Morgan said. “We worked with a wonderful committee who raised more than $165,000. Hopefully, our support will play a small part in the continuing success of WOU.”

Dell Swearingen ’67 nominated Morgan for the award because he believes  Morgan exemplifies the quality of teacher education provided by now WOU. The two men have been friends for 55 years and worked together at multiple schools.

“Dr. Morgan leads by example, and his integrity, stature, leadership and demonstrated abilities are impeccable,” Swearingen said. “He is quiet by nature, and his intellect, teaching and managerial skills are exceptionable.”

For Micheal and Jan Morgan, everything they do to benefit others is just their way of saying thank you to everyone who has made a difference in their lives.

“When I retired as a dean at Chemeketa, the president told me that he noticed I never did things for myself, instead it was always for the benefit of the students and the college,” Morgan said.