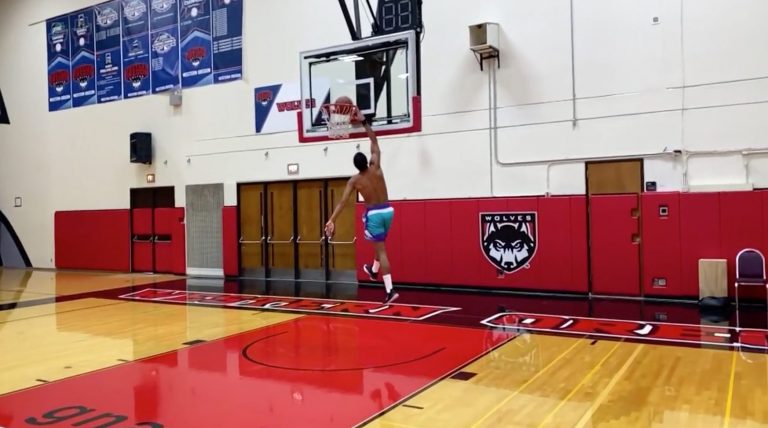 By Marcus Greaves at KOIN

PORTLAND, Ore. (KOIN) — Isaiah Edwards is a basketball player through and through and has every intangible you would want a player to have. He has handles, a smooth jump shot and a drive to get better. But he’s chosen not to play anymore and focus on a different and more exciting aspect of the game: dunking.

“I enjoy dunking more, that’s why I made the decision to not play anymore,” Edwards said. “It’s just like my passion really, like that’s just what I love to do.”

Isaiah started dunking at a young age, and when he was first able to successfully dunk, it gave him a feeling he has never felt before.

“I felt like I had a superpower,” the former Western Oregon Wolves guard said. “I just felt like I could fly and I wanted to always have that feeling when I jump.”

Dunking is more than just running and jumping as high and as far as you can, according to Edwards, explaining there is a technique which can add or subtract around 6 inches to each jump.

With most basketball players or enthusiasts who love the game, the end goal for most is to make it to the NBA and play with and against some of the best players in the world. For Edwards though, his end goal is the same, but has a slight twist to it.

“Of course I want to be one of the best dunkers in the world. That’s the main goal,” he said. “I want to compete in some of the top contest in the world, there is one in Paris called the ‘Quiet 54”’ that’s one that I would love to compete in.”