Home » WOU in the news » Hailey Verhaalen: Someday When This Is Over 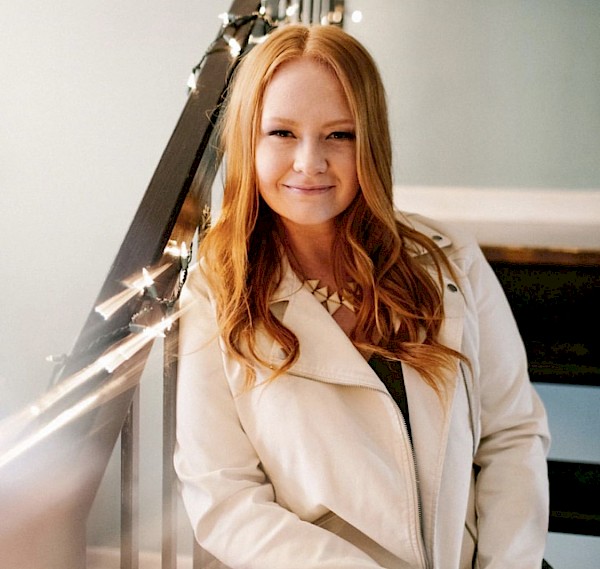 By Bren Swogger at Vortex

Oregon native Hailey Verhaalen has seen a lot change in the past year. A singer-songwriter from Oregon City and graduate of Western Oregon University, Verhaalen made her way to Nashville in 2016 to pursue her dreams in country music. Since then, she’s spent the years avidly pursuing her passions, writing three songs a week, collaborating with artists in the Nashville scene and trying to keep her artistry alive.

In late 2019, Verhaalen acted on a once-in-a-lifetime opportunity to audition for American Idol. “It’s really hard to remember how the audition went,” she says. “My adrenaline was through the roof.” Though her nervous system was running on high, it seemed her efforts paid off. All three judges gave her a yes, and she was whisked away to Hollywood Week.

Singing songs by Carrie Underwood and Reba McEntire, and earning praise from the judges—such as when Katy Perry complimented her “beautiful tone”—Verhaalen made it all the way to the top 60 of the competition before a fumble on a note in Kelly Clarkson’s “Because of You” brought her time with the show to an end. But though she didn’t make it further, the experience left a lasting mark.

“I’ve been through many no’s in my life,” she says. “It wasn’t something that was totally gonna rip my heart out. Overall, I was just like, ‘Holy shit. I can’t believe I’ve done something this cool.’”

Returning home from Hollywood, Verhaalen was ready to continue conquering the Nashville music scene in 2020, having made new connections in the competition and inspired by the talent that surrounded her. But 2020 had other plans in store.

“My plan was originally to go home [to Oregon] and visit everyone in May,” Verhaalen says. But when the Covid-19 outbreak gathered steam in March, all plans for travel, all live shows in Nashville, everything came to a screeching halt. “I’ve been here [in Nashville] just trying to get through it.”

Lately, Nashville has been trying to go through some reopening phases much like Oregon’s. Some summer schools have been reopening with new protocols, restaurants are resuming service and live music has slowly returned as well. However, as numbers continue to increase and many are not following the protocols that have been put in place, Verhaalen says she does not yet feel safe enough to return to live music or crowded public spaces.

“I’ve been getting out more on a level that I feel comfortable and safe with,” Verhaalen says. “I really like being outdoors and kayaking, so I’ll take my kayak to secluded areas and fish and just spend some time in nature. Anything to get me out of the house.”

“The music aspect is really what I miss the most,” she says. “Music in Nashville is how we survive out here.

“We can still write with people, we can all still write with each other through FaceTime. But being in a room full of people and pouring your heart out through a microphone and guitar is one of the most indescribable feelings and I think that’s the biggest loss that a lot of artists and myself are having.”

Feeling this loss when the shutdowns began was what inspired Verhaalen’s latest song, a tender country ballad called “Someday When This Is Over.”

The idea for the song came after Verhaalen wrapped up a day at her side gig, nannying a three-year-old boy. “Maybe three weeks after his school shut down, he was in a Zoom class meeting with toddler friends,” she says. “It was really sad to see how everything was affecting him, as well as the children of a lot of my friends and family members. It’s been a really hard time for children. We have to let them know it’s okay even if we’re struggling inside.”

Coming home that day, Verhaalen grabbed her guitar, and pacing around her bedroom, she wrote the song within an hour. “It just flowed. Everything that I was getting out was helping.”

Recorded with Colt Capperrune at Dark River Studios, “Someday When This Is Over” is a song that reminds people they’re not alone. “We’re all going through this together and we are gonna get through it,” Verhaalen says. “It’s just a day that we don’t know yet.”

Since its release in May, the song has been able to take on a new form, encapsulating feelings of fear and anger that have been sparked by rampant police brutality, racism or just personal hardships. The song is one that speaks to many situations and emotions, and this is what lies at the power of its simplicity in message.

“While I wrote it with the idea of getting through Covid-19, I knew that I’d be able to heal from the lyrics later on—even 10 years down the line,” Verhaalen says. “You can take the idea of the song and apply it to whatever hardship you or the world is going through.”

Though it’s still unclear when live shows may return, Verhaalen looks forward to releasing another new song, “Sunday Morning Love You,” next month.