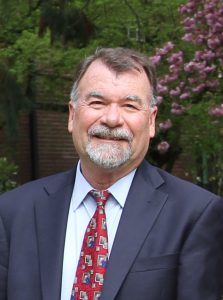 Western Oregon University (WOU) President Rex Fuller has announced his retirement, effective at the end of his current four-year contract on Sept. 30, 2021. A national search will be conducted for WOU’s next president, and details about that process will be announced once they are finalized.

“It has been an honor and a privilege to lead an extraordinary team. I am grateful that before I transition to spend more time with family, I will have nearly a year to continue to work towards very important goals we have set for ourselves,” Fuller said. “I fully anticipate to be handing this very special place to the next leader in a better position than it is today and when I arrived.”

Fuller joined WOU as its 23rd president in 2015. He became WOU’s first president as an independent institution after the dissolution of the Oregon University System. Under Fuller’s leadership, WOU expanded to Salem with the purchase of the Vick Building and is the first four-year public institution with a permanent presence in the state capital. He focused on affordability through several initiatives, including an overhaul of the university’s general education requirements to help students graduate in a timely fashion. He also prioritized transparency and communication by creating several advisory committees.

Fuller initiated and worked closely with a cross-functional group to create an active and forward-looking strategic plan, which launched in January 2017 and a vision for WOU’s future by leading the university toward becoming a Hispanic Serving Institution, among other initiatives. He was the first chair of the Oregon Council of Presidents from a Technical or Regional University and sits on the NCAA Division II President’s Council. The landscape of WOU’s campus has changed under Fuller’s leadership with the opening of the WOU Welcome Center this fall, new Student Health and Counseling Center and upgrades to the National Sciences Building and Instructional Technology Center.

“Dr. Fuller’s time at WOU has been one of growth, focus and transformation, all with an unwavering eye to student success,” said WOU Board of Trustees Chair Betty Komp. “We know that the time between now and Rex’s retirement will continue in that vein, providing the next president with the foundation to lead WOU toward even more success.”