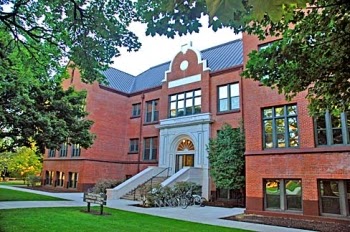 employees and students. The grant, a Tier 2 NSF grant that runs to October 2023, is titled “Collaborative Research: Testing Tutor – An Inquiry-Based Pedagogy and Supporting Tool to Improve Student Learning of Software Testing Concepts.” The grant’s purpose is to support further testing education and to aid in the development of a pedagogical learning tool. The grant is a collaboration between WOU and two other schools: University of Alabama (UA) and Georgia Southern University (GSA).

WOU, alongside UA and GSU, will work together to produce a state-of-the-art software tool, which Cordova mentioned could be a “game changer in computer science education and software development at large.” This tool, aptly named Testing Tutor, is designed to aid students in their journey to becoming successful software testers.

Cordova explained what exactly the tool does: “Testing Tutor will identify the testing concepts that are attributable to missing test cases and will provide feedback (via a customizable feedback engine) to correct the deficiencies along with learning resources (textual and video). Testing Tutor uses an inquiry-based learning (IBL) approach by providing students with conceptual feedback for their testing deficiencies rather than the traditional raw code coverage details that industry tools provide. IBL is a pedagogical theory that students are more engaged when they actively construct and validate their own knowledge through experience.” He mentioned that this grant will enable not only the further development of the tool, but to make it available for other institutions, as well as create a large portfolio of assignments to aid in curriculum instruction.

The proposal for the grant was quite arduous, as it included an extensive literature review (including pedagogical practices, software educational approaches, and industry tools), and then a summary of the key findings, including data from Cordova’s preliminary studies. Cordova mentioned that the waiting process for grant approval was long and nerve-wracking: “Announcements were set to occur mid-March; however, we did not receive a direct yes or no response. Instead, the PIs worked with NSF for over three months back and forth on requests for additional information and simply waiting. We took that as a good sign. On July 1, 2020, the grant was set to “Recommended for Funding” by the reviewing committee and the proposal headed to the funding committee for final approval voting. It would not be until mid-August that we received the final word that the grant was approved and funded.” Cordova recognized Eric Dickey from the Sponsored Projects Office as a key player in the grant application process, as he facilitated the communication between the universities and NSF.

As for what this grant means for WOU students, Cordova believes that the research and the Testing Tutor will transform software testing and computer science education programs, both at WOU and at other institutions. The grant also provides an opportunity for one student to participate as a research assistant. The student’s tuition and fees will be covered during the grant period. As well, the grant allows for the employment of part-time student employees to assist with the research. Computer Science students will be able to participate in various research studies conducted as a result of this grant.