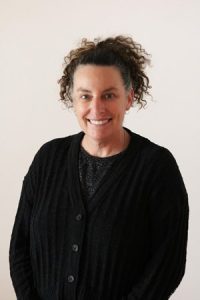 Having served as the interim Executive Director of Intercollegiate Athletics for Western Oregon University for the past year, Randi Lydum has been named to the permanent role following a national search.

Lydum, a graduate of Western Oregon State College, returned to her alma mater in 2012 to take on the role of Assistant Athletic Director for Compliance/SWA. As a former student-athlete, Lydum has used her varied experience as a head coach, faculty member and student success specialist, to transition into athletic administration. “I am thrilled for the opportunity to serve as the director of athletics at Western Oregon. While this past year has been unusual, I am energized by our student-athletes’ commitment to WOU and am planning for full competitive seasons this fall.”

Lydum helped guide the Wolves through a challenging year, adjusting to the pandemic while still providing opportunities for WOU student-athletes. Teams returned to strength and conditioning workouts and practice during the fall, but were not cleared for competition until February. Several WOU athletic teams returned to competition this spring with Baseball, Softball, and Men’s and Women’s Track & Field competing in condensed seasons culminating in GNAC championships. Western Oregon hosted the GNAC Softball tournament and competed in the four-team event. WOU also hosted the GNAC Track & Field Championship with the men finishing 2nd and the women finishing 5th. The Wolves Baseball team finished 2nd in the NCAA West Regional Championship after also finishing 2nd in GNAC play. Women’s Soccer and Volleyball played condensed non-conference schedules this spring, while the Football and Basketball programs were unable to compete due to COVID restrictions.

Hear from Randi this Saturday at the Wolves Athletic Auction livestream. To watch the auction that begins this Saturday, June 5 at 6:30 p.m., please click here.