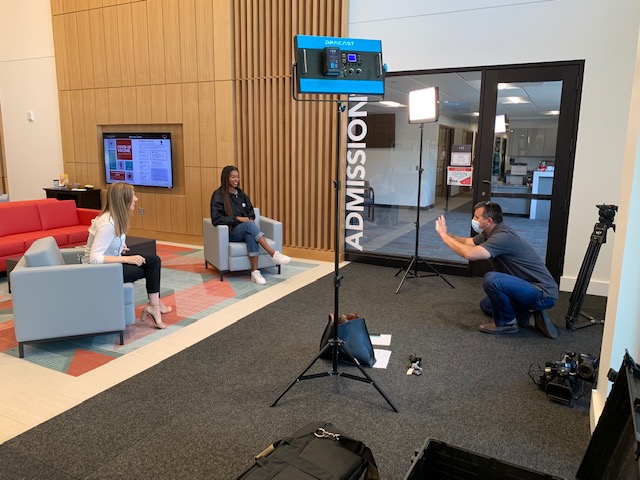 CWhat’s on-air personality Nicole DeCosta sat down with ASWOU President Logan Jackson ’22 in the new Welcome Center on Wednesday to film a short television segment. The pair chatted about WOU’s rolling admissions and how it’s not too late for people to apply and enroll at Western for fall term, which begins Sept. 27. DeCosta said she was impressed by the beauty of the new building and campus in general, and praised the upbeat vibe she felt when walking around.

The segment will air on the CW television channel and be available online. When it is complete, we will update this story with the link.
ptype('post') comment_support(true) comments_open(true)