The Smith Fine Arts Series at Western Oregon University (WOU) is pleased to celebrate its 44th season returning to live, in-person performances at Rice Auditorium on the WOU campus. The 2021-22 season includes six events, and each begin at 7:30 p.m. 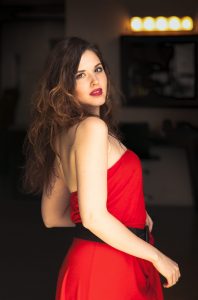 The season opens on Friday, Oct. 8 with international jazz singer/songwriter Halie Loren. She brings a fresh and original perspective to time-honored musical paths, channeling her innate understanding of connectedness across musical boundaries to forge bonds with diverse audiences in North America, Asia, and Europe. A lover of global cultures and music, Loren has a repertoire that’s multi-lingual, including songs in Spanish, French, Portuguese, Italian, Japanese and Korean as well as her native English. Loren has released eight albums to-date, garnering several national and international awards, and significant critical and chart success along the way. 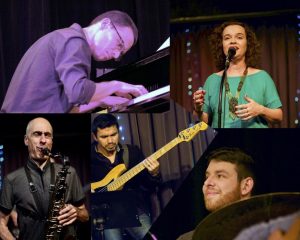 Bergeron and features vocalist Rosi Bergeron. Along with bassist Wagner Trindade, the group has been playing Brazilian music together since 2009. They formed Vianna Bergeron Brazilian Jazz with drummer Cam Siegal in 2018. Vianna Bergeron Brazilian Jazz plays an upbeat and eclectic mix of Brazilian genres, including the brilliant instrumental choro that was popular in the early 20th Century, the romantic song-samba from the 1930s and 1940s, classic and contemporary bossa nova, the breathtaking frevo from Northeast Brazil, modern popular songs, original compositions, and hits in the style of the New Samba currently heard in today’s Rio de Janeiro. The band comprises an equally eclectic assemblage of virtuoso musicians with deep roots in Brazilian music, North American and Brazilian jazz, and other groove-oriented musics from the Americas, Africa, and beyond. 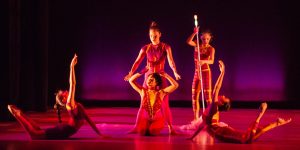 Enjoy traditional Irish music with the Seamus Egan Project on Saturday, March 12. From his beginnings as a teen prodigy, to his groundbreaking solo work with Shanachie Records, to his 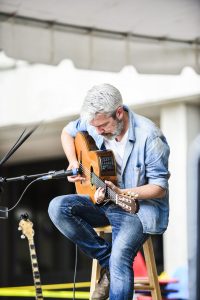 founding of Irish-American powerhouse band Solas, Seamus Egan has inspired multiple generations of musicians and helped define the sound of Irish music today. In 2017, Egan began touring as the Seamus Egan Project, bringing along friends and musical guests and introducing fans to his immense and influential catalog of music. He’s put his mark on the sound of the Irish flute, tenor banjo, guitar, mandolin, tin whistle and low whistle, among others. 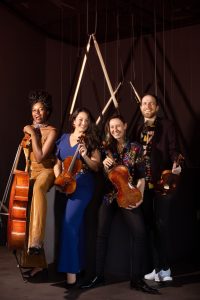 On Saturday, April 2, the Thalea String Quartet will perform. From living rooms to concert stages around the world, the Thalea String Quartet aims to connect with audiences on a musical, emotional and personal level, from first time listeners to string quartet aficionados. They are devoted to building a new and diverse audience for chamber music through innovative programming and community engagement. Formed in 2014 at the Zephyr International Chamber Music Festival in Courmayeur, Italy, the Thalea String Quartet has been praised for their “vibrant performance” and “sincere expressivity” (SF Classical Voice). Its members are each dedicated educators and active collaborators. The Thalea String Quartet has performed recitals across Europe, China, the United States, and Canada, and has appeared at the Kennedy Center and Carnegie Hall. 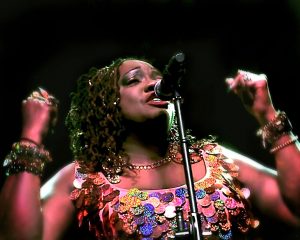 songwriter with 30 Detroit Music Awards to her credit thanks to a memorable voice that is strong, melodic and smooth. She first gained attention in 1987 as a backup singer for the Detroit soul band Lamont Zodiac and The Love Signs. In 1996, Davis recorded her first solo album Sunday Morning Music; her song “Cry” from that album was featured on HBO’s The Sopranos. Davis has opened for blues and R&B greats such as Ray Charles, Gladys Knight, Smokey Robinson, Etta James, Buddy Guy and Bonny Raitt. Davis continues to electrify audiences worldwide with memorable performances featuring her commanding voice, crisp songwriting and poet’s ear for language. She’ll be onstage with her seven-piece band.