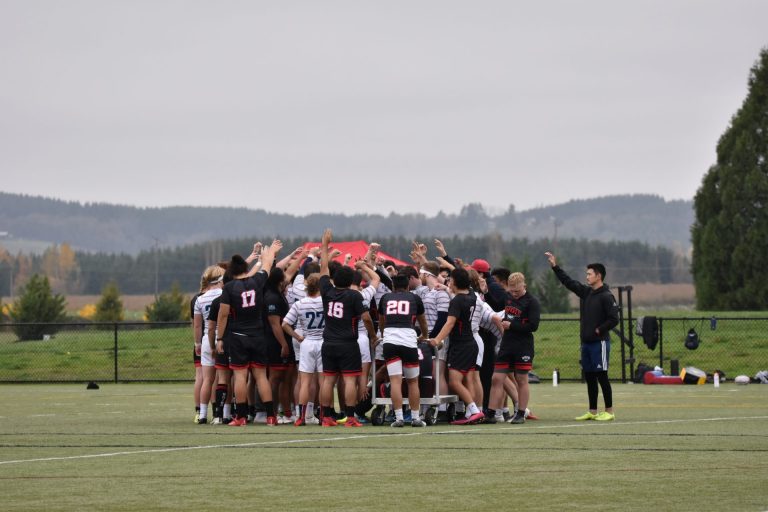 The WOU Men’s Rugby team has gone undefeated in all of its conference matches this year!  As conference and regional champions, the team has qualified for the National Collegiate Rugby (NCR) championships in Houston, Texas. There they will compete with the champions from the other three regions for the title of national champions.

How do you feel about this achievement? How does the team feel?

Reyes: I feel really blessed and grateful to be a part of it, but in my eyes we haven’t really shown enough of what we can do. This team has more potential than anyone ever thought since the beginning of the year. In the team’s point of view, they feel grateful as well, but they still think they have a lot to work on so they’ve been putting in work on and off the field watching film, getting in the weight room, and going to the field on their own time.

Quezada: I’m really excited. I’m super proud of our young team and what they’ve achieved so far this year. Going undefeated is not an easy task when all of our play is league play. I think everybody’s super happy, and super impressed with themselves, as they should be.

To what can you attribute such success?

Reyes: I guess as far as what I can offer to the team, it’s that I try to keep them level headed. I try not to let them get down on themselves and at the same time, I try not to let them boast. We try to stay calm throughout the game because winning shouldn’t matter, having fun and focusing on what we can control is what matters to me. Physically I can only do so much on the field, but mentally and emotionally I know I can help my brothers within a matter of seconds.

Quezada: Everybody’s commitment to the team, to working hard, and to winning. Everybody on that team does not like losing, so they all work their hardest at practice and in their own free time to ensure that they succeed, which in turn helps the team succeed. 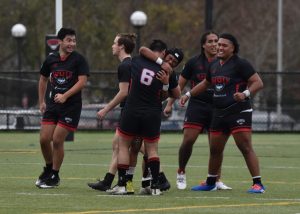 What’s the structure of the championship like? How long will you be gone? How many games will the team play?

Reyes: The championship is going to be a four-team tournament. So we start off the championships in the semi-final, and if we win that game we go to the finals. This will put us at two games that weekend. We leave on December 9 and start games on December 10. We come back on December 13.

Where can people view the championships when they occur?

Reyes: I would say just keep a close eye on our Facebook and Instagram page. I’m not so sure where to get the link, but we will be posting it when we find out.

The Men’s Rugby Team is also fundraising to cover the expenses for the trip! If you would like to support them, follow this link: https://org.eteamsponsor.com/ETS/supportUs/372052826