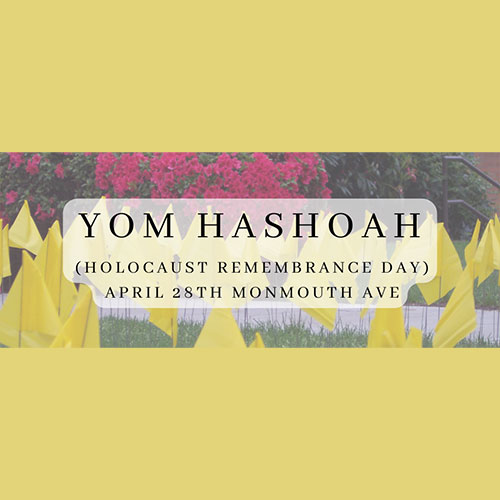 Holocaust Remembrance Day begins Wednesday, April 27th and ends the evening of Friday, April 29th. Each year, Western Oregon University puts on an event to commemorate the lives lost during the Holocaust.

The Holocaust encylopedia defines, “The Holocaust was the systematic, state-sponsored persecution and murder of six million European Jews by the Nazi German regime and its allies and collaborators. The Holocaust was an evolving process that took place throughout Europe between 1933 and 1945.”

As in previous years, volunteers will help set up flags on campus on April 27th and help take down the flags on April 29th. These flags are meant to be a large, powerful, display representing the lives of millions lost. There are different colored flags that represent the lives lost of certain peoples. The yellow flags represent the biggest number of Jewish lives lost. Look out for the sign near the flags that explains the different colored flags with total numbers and the groups they represent.

Take a walk down Monmouth ave to take in this incredibly impactful and an important traditional commemorative event on campus.